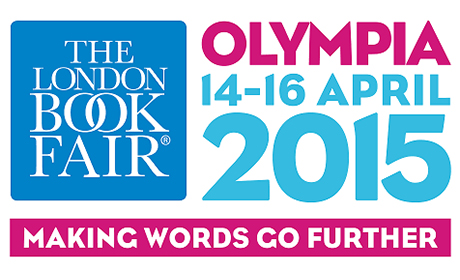 8 Things We Learnt at the 2015 London Book Fair

The 2015 London Book Fair has just finished – three busy and exciting days of meetings, talks, seminars, parties and more – and here are eight things we learnt:

1. The biggest change that’s come about from the move from Earl’s Court to Olympia (to me at least) is that this year’s book fair was bathed in glorious natural light, thanks to Olympia’s marvellous glass roof. It made the most EXTRAORDINARY difference to the atmosphere inside.

2. Iceland has a population of just 300,000, but they buy a surprising number of children’s books.

3. The signature cocktail at the tequila bar was the aptly-named Tequila Mockingbird.

5. One of the big theme’s of this year’s fair – in children’s publishing, at least – was diversity and inclusion. There were several well-attended events on the subject: on why children’s books should be inclusive, and how we can make them more so – and, from the looks of the #lbf15 hashtag, it seemed to be the subject on everyone’s lips.

6. Mary Berry, who officially opened this year’s fair, is incredibly glamorous in the flesh.

7. Gate-crashing other people’s drinks receptions at the end of the day seemed to be easier than ever.

8. I will leave the last word to literary agent Caroline Sheldon – there was no stopping these dinosaur beauties at the Nosy Crow stand:

My Brother is a Superhero is here!