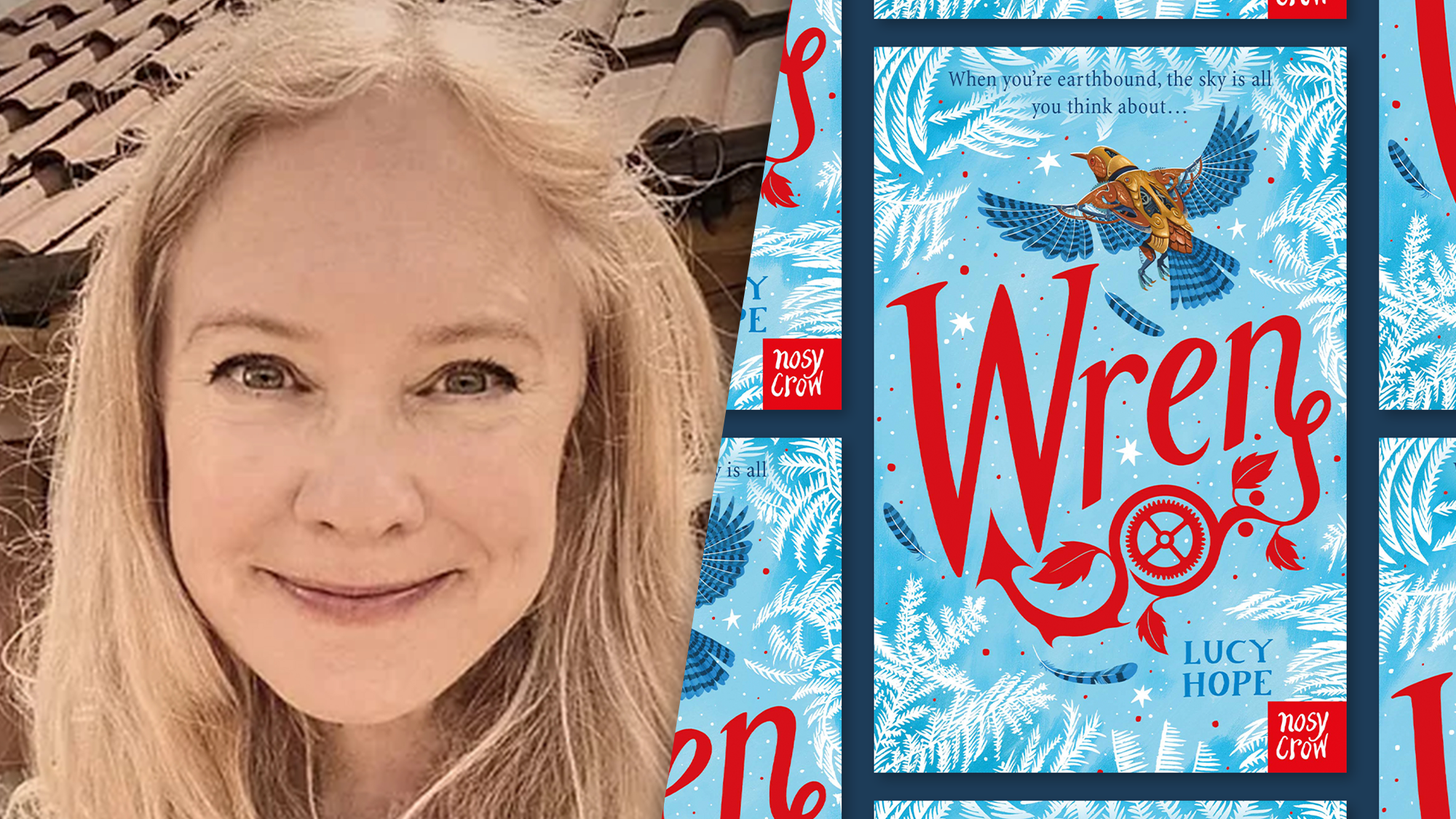 This month we’re absolutely delighted to have published Wren – a dark, gothic adventure set on the island of Anglesey in North Wales. And today we’re very excited to be sharing a guest post from Lucy!

I’m so excited that Wren has fluttered out of the Crow’s Nest and into the big wide world, as her story is very close to my heart. Like Wren, I grew up in North Wales in an ancient house filled with the memories of my ancestors and the stories of the people who came before me.

The story of Wren began with the setting on Anglesey, one of my favourite places in the world. If you’ve ever stood on the southern shore of the island you may have found your breath swept away at the sight of the mountains of Snowdonia watching you from across the Menai Strait. There’s something quite magical about two giant land masses, separated for thousands of years, yet still very much connected.

Wren’s house was inspired by the old house I grew up in just outside the town of Mold (Yr Wyddgrug) in North East Wales. It was ancient, with six-foot-deep walls, a very dark past and steeped in Welsh history; there was something quite unique about growing up in a place where dark shadows and memories seem to lurk in every corner. One day I’m sure I’ll set a story in a ‘normal’ house, but for now my old home has provided all the inspiration I need for creating dark, gothic mysteries like Wren!

I’ve always had a strong sense of my Welsh heritage, mostly because I grew up surrounded by portraits of my ancestors whose silent gaze watched my every move! In my adult life I’ve loved researching my family history and was very excited to find that Llewellyn the Great or Llewellyn ap Ioworth (who lived between 1173 and 1240) and became Prince of Wales, was a many-greats grandfather! He probably has hundreds of thousands of descendants, but I was excited by the discovery! Like Wren, I had an ancestor who lived in my old family house and I grew up hearing stories of his bravery. His name was Rheinallt ap Gruffudd ap Bleddyn and on dydd Calan, New Year’s Day, 1465, he attacked the men of Chester at a New Year’s fair at Mold after they began plundering his lands. Rheinallt seized Robert Bryne, a former mayor of Chester, and hanged him from a staple in the dining room ceiling that remains to this day, a reminder of the house’s brutal past.

Wren feels an overwhelming urge to fly like a bird, at a time when very few people had managed to design anything that would stay up in the air for more than a few moments. I’ve always been fascinated by the idea of flight, and flying creeps into all my writing, even when I’m not really intending it to. I love visiting flying museums – my favourites are the Royal Air Force Museum at Hendon, Aerospace Bristol and the Brussels Air Museum – all of which contain fabulous contraptions cobbled together with string and timber that somehow lifted up into the air and flew. I love hearing stories about how early pilots seemed so fearless, their good sense clouded by their overwhelming desire to fly. I live just up the road from the ancient market town of Malmesbury in Wiltshire. One of the many things the town is known for is a monk, Eilmer of Malmesbury who attempted to fly in 1125 by leaping from the top of the abbey with a pair of home-made wings attached to his back and a heart full of hope. Amazingly, he survived, but broke both his legs which probably wasn’t much fun in the twelfth century!

I have lots of pilots in my family. They all died long before I was born, but growing up hearing about their daring deeds helped to shape Wren’s character, who, like them, couldn’t resist the urge to fly. In 1930, one of my great uncles attempted to emulate Charles Lindberg’s solo flight across the Atlantic but his Puss Moth aeroplane exploded on take off at St Johns, Newfoundland. He survived and continued to fly until he crashed while flying over the French Alps during a thunderstorm in the middle of the Second World War. In 2016, I went flying in a Tiger Moth over South Africa. This was one of the most magical and memorable experiences of my life, and the feeling of taking into the air in a little biplane is something I’ll never forget, and I was keen to bring my experience of this flight into Wren’s story.

I could talk for days or even weeks about the things that inspired Wren. I see the book as being inspired by my own childhood in an ancient house in Wales, mixed in with my love of the North Wales landscape and fascination with the country’s turbulent past. I hope my readers will take what they want from the story, but the thing I admire the most about Wren is her absolute determination to fight against the conventions of the day and be the person she was born to be. I hope you love her story and are inspired to follow your own dreams, whatever they may be.

Thank you, Lucy! You can order your copy of  Wren from Waterstones here, Bookshop.org here, or from Amazon here.