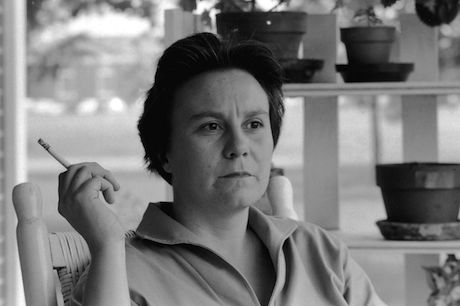 A new Harper Lee novel after 55 years, and the books we’d like to see sequels to

Yesterday afternoon the Nosy Crow office was entirely taken over with talk of the news that a second book by Harper Lee would be published this summer – 55 years (!) after the publication of To Kill A Mockingbird.

And the plot has thickened, as details of the new book, Go Set a Watchman, have emerged: Lee wrote the novel before To Kill A Mockingbird, only to be asked by her editor to shift the perspective of her main character from that of an adult looking back to one of a child describing events as they took place – and thus Scout Finch was born. And only now, so many decades later, has the first effort apparently re-emerged: simultaneously a sort of prequel and sequel to Lee’s masterpiece.

And so, naturally, we’ve been discussing which other books we’d like to see sequels for. Our conversation quickly turned into a debate on whether this is ever a wise thing to wish for: certainly, there’ve been occasions when an unexpected sequel turns out to be an unexpected delight, but more often it seems the case that they turn out to be disappointing and unrewarding experiences; promising much and delivering little (I’m thinking specifically of books that were originally intended as one-offs, here, and not of stories that were ALWAYS intended as series).

But that caveat aside, here are the books we’d like to see continued:

Tom:
I’d LOVE (/ am terrified at the prospect of) a sequel to I Capture the Castle. And I’m very pleased to see that there IS now a sequel to Five Children and It, Five Children on the Western Front, which I’m looking forward to reading for the next Nosy Crow Reading Group.

And I would LOVE to know why the father in The Railway Children was taken away but I suspect his prison diaries might not make the most child-friendly of books.

Ola:
The Secret Garden for SURE. I know there is a film Back to the Secret Garden but I really don’t think it counts. Also Once on a Time by A.A. Milne. I can’t, right now, remember how it ends, but it was so clever and hilarious that I’d like to read more about the same characters. For non-children’s books, it turns out that my wish is coming true already: I’ve just found out that there will be a sequel to Life After Life by Kate Atkinson.

Kirsty:
I’d like there to be a sequel to Two Weeks With the Queen by Morris Gleitzman. I want to know that Colin is all right.

Dom:
My mind’s a blank! Instead, please can I tell you a sequel I have owned for years – signed and hardback and EVERYTHING– but can’t bear to read because then it will be OVER … The Harsh Cry of The Heron by Lian Hearn. I LOVE the Tales of The Otori. I look at it on my bookshelf whenever I finish a book and think …NOW? And I just can’t. And it’s been YEARS since it was published. One day, perhaps…

I recently re-read this and was totally blown away by how much detail I remembered, and how fascinated I was (and still am) by Sally’s life. I’d love to know what happens when she returns to New Jersey after her year of adventure in Miami, and when she grows up. I like to think she kept on thinking up stories, and one day found her very own “Latin lover”!

So many of the books I loved as a child are either in series already or they’re such complete narratives (The Secret Garden, The Little White Horse), that you’d hesitate to mess with them.

And then, of course, a sequel can make you feel really glum – Jo’s Boys and Little Men and those later Anne of Green Gables are just dreary.

Tom’s taken I Capture The Castle, so I’ll say that I’d read a sequel to A Gathering Light: I like those novels – the one from my own childhood that made a huge impact on me was A Sound Of Chariots by Mollie Hunter – that end with the protagonist, usually a girl who’s almost grown up – just on the cusp of entering the world. They really make me want to know what happened next.

Catherine:
Have always wanted Gillian Cross to write a sequel to the The Great Elephant Chase. And Oliver and I, after reading Fattypuffs and Thinifers, would love to discover any other children’s books by Andre Maurois.

Mary
I’m racking my brains, but with little success. Like Kate, all of my favourite books as a child were either part of series or very neatly contained within a single book. And then there are some desperately disappointing sequels which almost ruin the original, Morning is a Long Time Coming (the sequel to Summer of My German Soldier) being foremost in my mind.

Camilla
My childhood self would have loved a sequel to Danny the Champion of the World, but actually it’s such a thing of perfection that perhaps Roald Dahl was right not to do one: if we’re honest, Charlie and the Great Glass Elevator wasn’t a patch on Charlie and the Chocolate Factory.

Sophie
I would absolutely love a Pride and Prejudice sequel from Jane Austen, or a sequel to Emily Bronte’s Wuthering Heights. As a child, The Tiger Who Came to Tea was my favourite picture book, so a sequel to this would be wonderful, or anything in fact from Judith Kerr.

Ulla (who’s working with us as a freelance designer
I’d have loved a sequel to The Secret Garden.

And now, over to you – which book would like to see a sequel to? And are you looking forward to – or dreading – Harper Lee’s new book? Let us know on Twitter or in the comments below!

Announcing the final speaker for the first Nosy Crow Masterclass: How to write Children’s Fiction