An appeal for Ola Gotkowska - Nosy Crow Skip to content 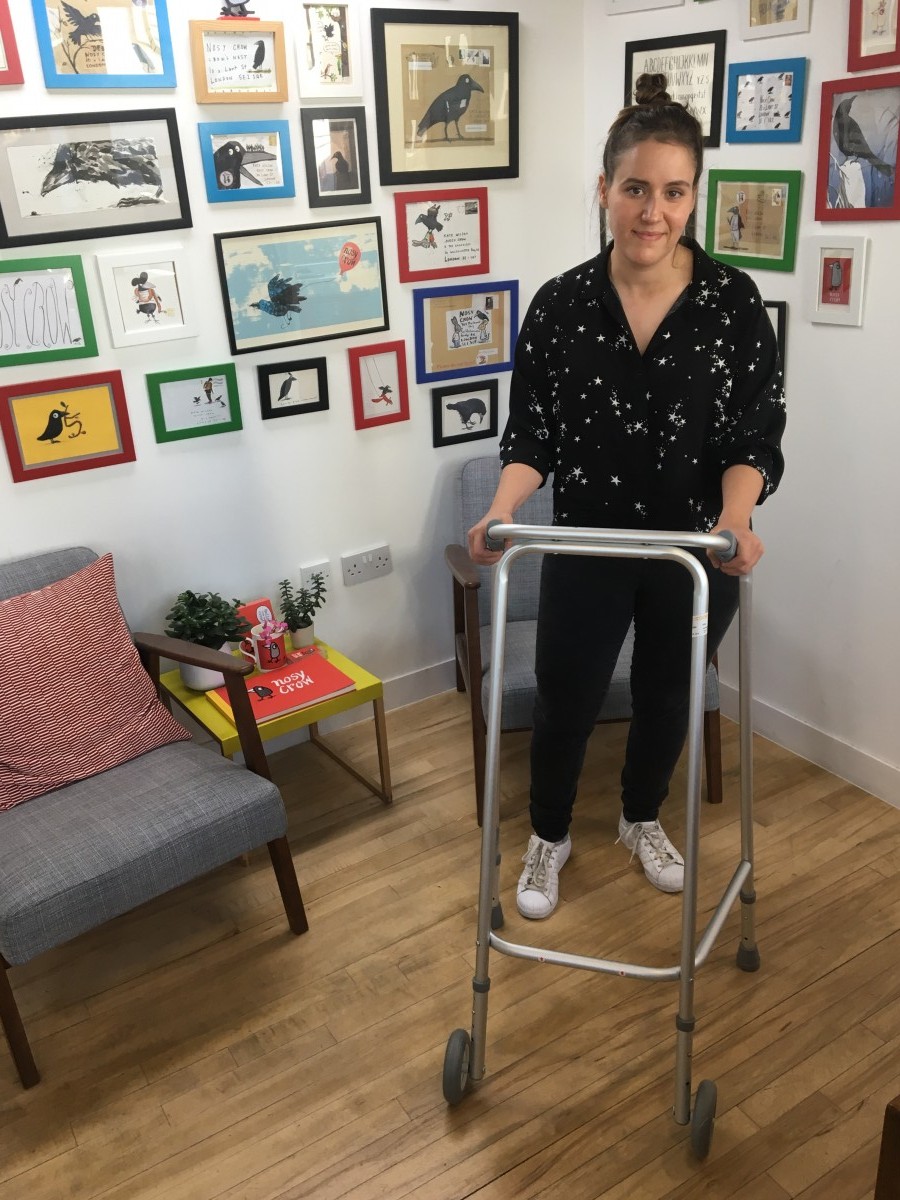 An appeal for Ola Gotkowska

This is a difficult post for me to write.

Not everyone who reads this blog post knows Ola Gotkowska, but she was Nosy Crow’s brilliant Rights Manager and has been with us for over six years, during which she was a huge contributor to the growth of Nosy Crow’s international sales.

This time last year, Ola was in South Korea. She was a guest speaker at a publishing conference in Paju, near Seoul. She addressed an audience of more than 100 people about selling rights, the career she loved (you can see her presentation here). After the conference, she took 23kg of children’s books to a series of meetings with publishers in Seoul.

Ola had already begun to notice that she didn’t have quite the strength in her limbs that she’d previously had. She’d had to stop playing tennis in mixed doubles with George, her partner of 9 years; she struggled to type speedily and accurately; and to knit with her usual skill and inventiveness. She was worried. Doctors initially suggested it was repetitive strain injury.

But just seven months later, in April of 2018, Ola was diagnosed with Motor Neurone Disease. This is a devastating condition affecting all of the voluntary muscles in the body. It’s progressive and currently incurable.

Today, Ola cannot walk unaided, her grip is weak, and her speech is slurred. Within the space of eighteen months, she has gone from being an active and healthy 32 year-old to losing much of her independence and many of the things that she enjoyed.

Ola and her partner, George

There have naturally been many tears and low points in dealing with this new reality. Despite this, Ola remains so resilient: her sense of humour and strength of character are an inspiration to everyone who comes into contact with her. She still works at Nosy Crow, partly from home, as our contracts manager; still plays with her young nephew, Kamil, when she’s in Poland; and still obsesses over dogs, including Nosy Crow’s office dog, Etty.

Ola and her nephew, Kamil

One of the main sources of hope for Ola has been the support of everyone around her: her family in Poland, George and his family, her friends, her colleagues at Nosy Crow, and her wide network of friends and acquaintances around the world in the publishing industry.

Ola and members of the Nosy Crow rights team

Another glimmer of hope is provided by the radical new drugs being developed to treat this type of degenerative illness. There appears to be a mini-revolution in cell and gene therapies, some of which are nearing the end of their clinical trials. Ola’s neurologist says the rate of scientific discovery is ‘exponential’ – and that the arc of improvement in HIV treatment in the ‘90s, for example, could be repeated with MND today.

One medicine to recently emerge from Japan – called Edaravone – has been clinically proven to slow MND by up to a third. That may sound modest but – combined with Ola’s current drug regimen – this could have a significant impact in allaying the condition and retaining her strength. But it’s not available on the NHS, and nor are other therapies and supplements that might help her.

Working with the Book Trade Charity, Ola’s partner, George, has started an appeal for her.

If you feel able to, we’d all be hugely grateful if you felt able to contribute to the appeal: https://uk.virginmoneygiving.com/OlaGotkowska