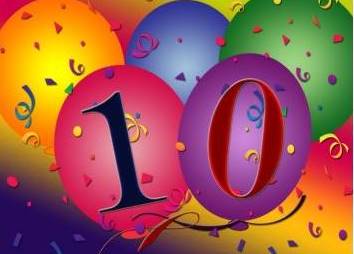 One of Kate’s children recently turned ten, and, as it happens, someone @nosycrow follows on Twitter has just asked for reading recommendations for ten year-old girls (in this case, a ten year-old girl who likes to read).

To be a girl of ten reading in English is to be spoiled for choice. Not only are some of the great classics of children’s literature yours for the taking, but the last twenty years has seen a fantastic flowering of great writing for pre-adolescent children particularly in the UK, but also, it seems to Kate, in the US and in Germany. Here are the books that instantly sprang to Kate’s mind, some from her own childhood, some from 20+ years publishing children’s books (and she did publish some of the books below), and some from her experience of her own children’s preferences. No ten year-old reader is like any other ten year-old reader. Some of the books below are easier reads than others, and some more literary than others, but Kate’s a great believer in a varied reading diet. The categorisation was the first one that came to mind and is just a way of breaking up the list, and there are many others. Many books could be in more than one category, of course: Millions is very funny as well as being about an ordinary boy, and Eddie Dickens is historical as well as hilarious.

What are your suggestions? What has she missed?

The Eddie Dickens books by Philip Ardagh
Molly Moon books by Georgia Byng
Larklight books by Philip Reeve
Ally’s World series by Karen McCombie
The Mr Gum books by Andy Stanton
The Ramona books by Beverley Cleary
The Rover books by Roddy Doyle (especially The Meanwhile Adventures)
The Humphrey books by Betty G Birney
Diary of a Wimpy Kid by Jeff Kinney
The Secret of Platform 13 by Eva Ibbotson
(And, since this blog post was written, My Best Friend and Other Enemies by Catherine Wilkins.)

Charlotte Sometimes by Penelope Farmer
War Horse by Michael Morpurgo
Hetty Feather by Jacqueline Wilson
Tom’s Midnight Garden by Phippa Pearce
Journey to the River Sea by Eva Ibbotson
The Neverending Story by Michael Ende
The Wolves of Willougby Chase by Joan Aitken
Catherine Called Birdy by Karen Cushman
The Rose books by Holly Webb
Carrie’s War by Nina Bawden
The Snow Goose by Paul Gallico
The Kite Rider by Geraldine McCaughrean
(And, since this blog post was written, Twelve Minutes to Midnight by Christopher Edge.)

Malory Towers series by Enid Blyton
St Clare’s series by Enid Blyton
Millions by Frank Cottrell Boyce
Cosmic by Frank Cottrell Boyce
Cloud Busting by Malorie Blackman
Most of Jacqueline Wilson’s work (though things like Love Lessons are a bit old for 10 year-olds), but Tracy Beaker is Kate’s personal favourite
Flipped by Wendelin Van Draanen
Because of Winn-Dixie by Kate DiCamillo
Walk Two Moons by Sharon Creech
Bridge to Terabithia by Katherine Paterson
Ida B by Katherine Hannigan
Three Weeks with the Queen by Maurice Gleitzman
(And, since this blog post was written, the Olivia series by Lyn Gardner and the brilliantly-reviewed The Secret Hen house Theatre by Helen Peters)

Ink Heart by Cornelia Funke
The Thief Lord by Cornelia Funke
The Dark is Rising sequence by Susan Cooper
The Little White Horse by Elizabeth Goudge
Howl’s Moving Castle by Diana Wynne Jones
Charlie Bone books by Jenny Nimmo
Harry Potter books by J K Rowling
Percy Jackson books by Rick Riordan
Into the Woods by Lyn Gardner
The Tale of Despereaux by Kate DiCamillo
The Mennyms by Sylvia Waugh
Northern Lights by Philip Pullman (a bit top-end of the age-group, this)
No Such Thing as Dragons by Philip Reeve
Mortal Engines by Philip Reeve (a bit top-end of the age-group, this)
Stig of the Dump by Clive King

Chinese Cinderella by Adeline Yen Mah (a bit top-end of the age-group, this)
The Endless Steppe by Esther Hautzig
The My Story books, especially Titanic (actually fictionalised, but still based on real historical events)
The Horrible Histories books
The Horrible Science books