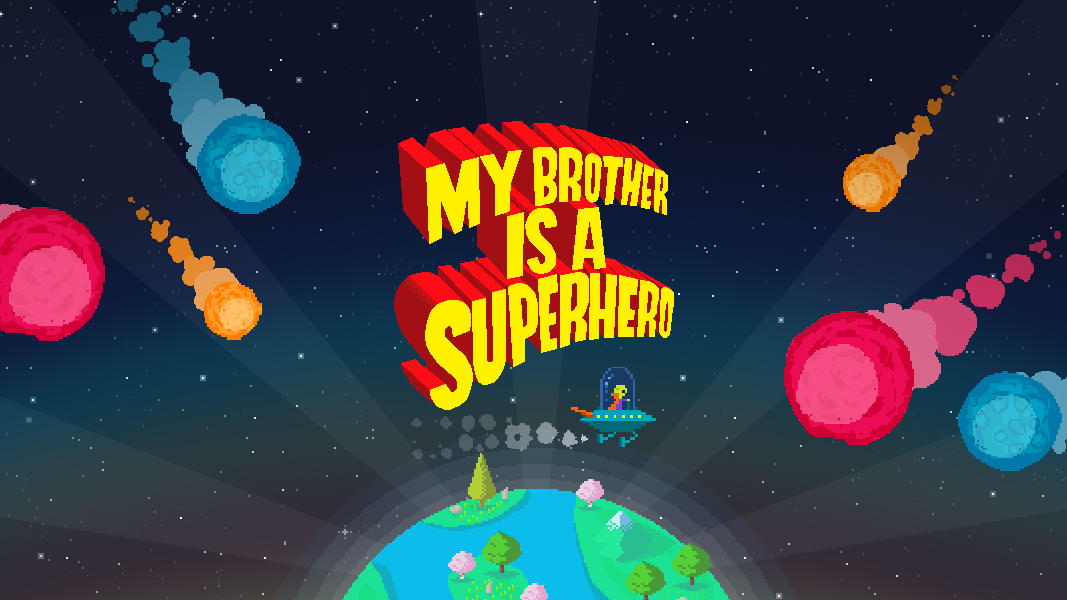 Can you beat Ed’s top score?

A couple of weeks ago we launched our new free game app, My Brother is a Superhero, to celebrate publication of the fantastic, hilarious debut novel of the same name by David Solomons.

It’s an incredibly addictive arcade-style asteroids game: the aim of the game is to prevent incoming asteroids from reaching the earth with the help of different superpower icons – and the longer you last, the higher your score!

And we’ve been thrilled by everyone’s response to the app! It’s been promoted by Apple as one of the Best New Games on the App Store, received some great reviews…. and most importantly, there’s been a LOT of competition to see who can achieve the best score.

So far, the top score that I’m aware of belongs to Ed (who has the slight advantage of having helped make the app…): a massive – and frankly UNBELIEVABLE – 651. My highest score is currently languishing at 562 (and it took longer than I am proud to admit to get that far).

We’ve loved seeing everyone share their own scores on Twitter – even if some of us are a bit better than others:

@ipadkids @DavidSolomons2 Dont know how my 5yr old got to know of this but he sure is enjoying it. #starlad pic.twitter.com/YEiyNoFQpL

Goodness, the new @NosyCrow app for My Brother is a Superhero is ridiculously addictive. Great stuff! (And it’s FREE!)

The app is completely free to download and play – and we’d love to hear what you make of it! Tweet to @NosyCrowApps and tell us your own high score with the #starlad hashtag – and there’ll be a special My Brother is a Superhero-related prize for anyone who can beat Ed’s 651!

Here’s a quick preview of the app:

If you do download the app, we’d be incredibly grateful if you’d consider leaving a review and rating on the App Store – it makes an enormous difference.

You can find My Brother is a Superhero on the App Store here.

And you can take a look inside the brilliant book below! Here are the first two chapters:

Enjoy My Brother is a Superhero!