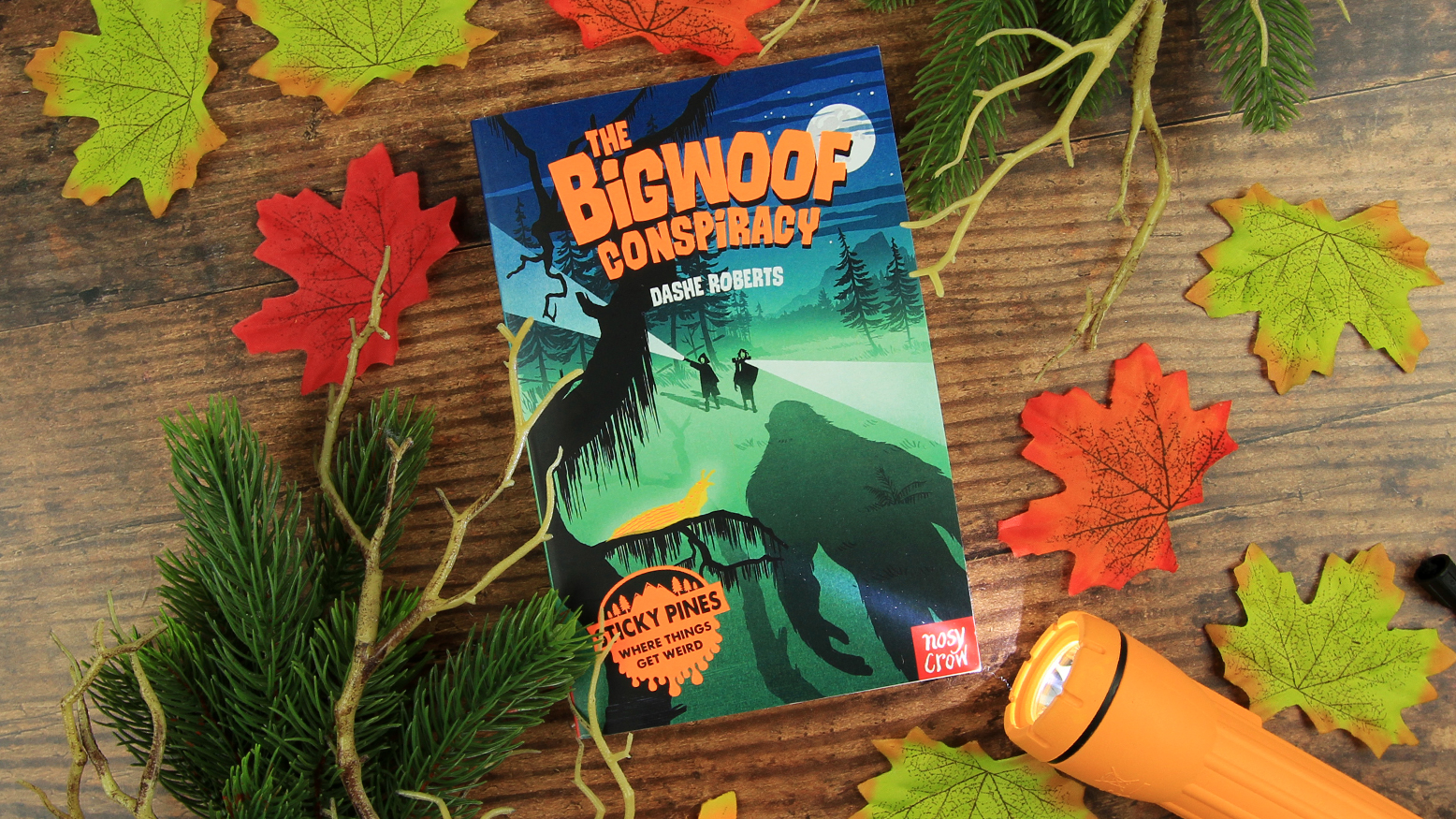 We’re thrilled to have recently published Sticky Pines: The Bigwoof Conspiracy, the first in a new spooky series by Dashe Roberts, featuring a huge hairy creature, a thirteen-year-old stranger named Milo Fisher, a deep-rooted secret. And today we’re excited to be sharing a piece from Dashe herself, on the inspiration behind her new book.
____

If there’s one thing I’ve learned while writing Sticky Pines, it’s that the world we live in is so much weirder than I’d previously imagined. When I first started this story, I, like many writers, looked to the familiar for inspiration. But what most surprised me is just how much I’ve been inspired by what I DON’T know. The protagonist of The Bigwoof Conspiracy, Lucy Sladan, believes in the unknown and is desperate to change the world by being the first to uncover something truly extraordinary. She’s certain that there are things out there – strange, supernatural, cryptozoological things that defy common sense and understanding – just waiting to be discovered. In the book, Lucy is almost entirely alone in this belief, but I, for one, have come to realise that she’s really onto something!

As Lucy can attest, the things that the human race doesn’t know or has forgotten could fill more books than have ever been written. This was something I found quite surprising. I was raised at a time when the prevailing sentiment seemed to be that humans already knew everything worth knowing. We had medicine and computers and physics and e-books and cars and styrofoam and chicken nuggets and cable TV.

As a kid growing up in America in the 1990s, the general feeling was that we had reached the end of history. We’d cracked the code of existence! Nothing big would change ever again! What else was there to do but pat ourselves on the back and wait for Virtual Reality Utopia to take effect. And then came THE INTERNET. All of humanity’s common knowledge was laid out on the world wide web, available at the press of a few buttons, for free! It was the Age of Information, and boy what a lot of information there was. It seemed that the breadth of our wisdom was infinite. How could there possibly be anything left to be discovered? And yet…

They say the more you know, the more you realise you don’t know. (Who are “They”? I don’t know!) In conducting research for Lucy’s character, I quickly learned just how ignorant I was about how much of the world, let alone the universe, is still beyond human understanding. For example, there have been incredible advancements in the field of medicine over the last couple of centuries – we’ve discovered DNA and psychology, created bionic limbs and treatments for cancer – and yet we still don’t know some pretty basic things. Like, why do animals need to sleep? Every single person, mouse and hummingbird who’s ever lived has fallen unconscious for a significant portion of every single day. Sleep is one of the most essential parts of being alive, but though scientists are discovering new things about sleep all the time, we still don’t know why people need to do it, and what exactly is happening in the brain when we do. What are dreams? Do they mean anything, or are they just random bursts of electricity? Do sharks dream? Do trees? We don’t know!

There is so much about the natural world that we are still learning, and so much we may never know. Have you heard of the mimic octopus? It’s a cephalopod that can change its shape, texture and colouring instantly to match anything from jagged purple rocks to black-and-white striped sea snakes to flamboyant lionfish. How about the newly discovered decoy spider, a tiny arachnid which builds a big spider suit in its web out of leaf bits and other debris to scare off predators? It plucks at strands of silk to make its giant disguise look like it’s moving, a disguise which, I might add, often has exactly eight legs. That’s right. Spiders can count. Who knew?

History is filled with examples of humans believing they knew all there was to be known – and then being rudely disabused of this presumption. From declaring that the Earth was at the centre of our celestial sphere, to the belief that diseases were caused by evil spirits, to the misconception that tigers, giant squid and whales were merely the stuff of legend, it turns out that humans are routinely getting it wrong. It takes remarkable people, those who are brave enough to be called crazy by the rest of society, to break through the veneer of misplaced certainty. People like Lucy Sladan.

Thanks, Dashe, for that fascinating read!

You can take a look inside Sticky Pines: The Bigwoof Conspiracy below: