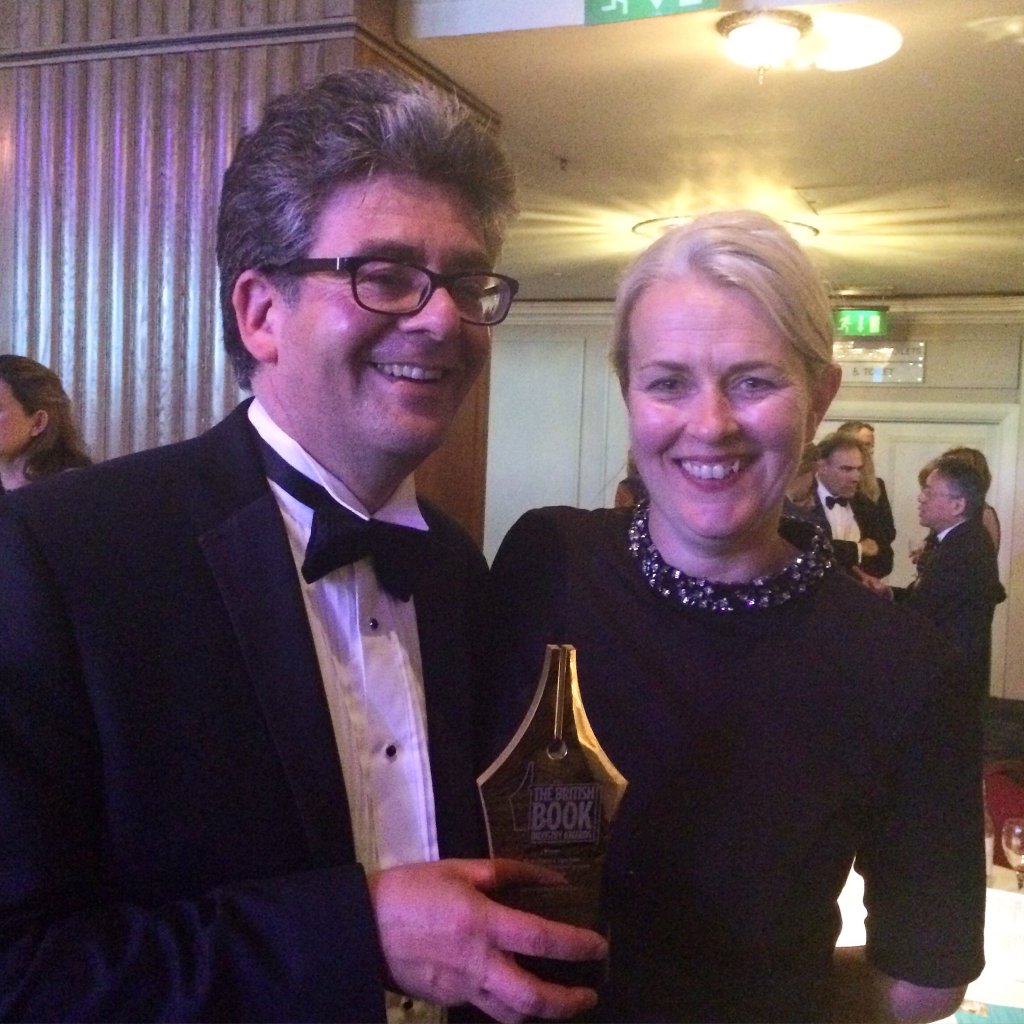 The British Book Awards take place night (we are shortlisted in four categories) – and to commemorate the event, we asked David Solomons for his recollections of last year’s ceremony, where he was awarded the Children’s Book of the Year prize for his debut children’s novel, My Brother is a Superhero.

The day of the British Book Awards began with a significant triumph. I fitted into my dinner suit. After that, I figured anything else would be a bonus. In truth, I arrived at the Grosvenor House hotel with little expectation of picking up anything other than a glass of wine. The first surprise of the evening was the setting. It’s not called the Great Room for nothing. Seemingly endless ranks of round tables lit by dangling chandeliers, and an imposing stage flanked by two giant screens. By the time the room filled up with the great and the good of British publishing, I confess I was hoping I hadn’t won – the thought of standing up in front of the entire industry filled me with anxiety. I recall feeling physically unwell at the prospect. (Remember this bit – it’s what we in the business call foreshadowing). Thankfully, I was amongst friends at the Nosy Crow table. We settled down to enjoy the show, applauding politely as winners were announced, and when appropriate commiserating with others – ‘You were robbed!’ The children’s category was one of the last of the night. Even though I’d arrived at the awards with low expectations, by the time it came around I was trembling with anticipation. What happened next is something of a blank. I remember hearing the title of the book boomed across the PA system, and stumbling on-stage with my editor, Kirsty Stansfield, to mutter a few words of thanks. The presenter, Mariella Frostrup, had asked everyone to keep their speeches short. I can honestly say that wasn’t an issue for me. Fabulous golden trophy in hand, I made my way back to my table, through a sea of congratulations. So, after that, it’s all floating on champagne bubbles, right? Not so fast. The potent combination of anxiety and anticipation landed and I was convulsed with the worst indigestion of my life. I groaned my way through two interviews and gurned for the photographer. I’m not saying that at that moment I would’ve swapped my award for some Gaviscon, but… Stabbing pain aside, it was an amazing experience. I’ve spent the majority of my career not winning, so last year came as something of a shock and delight. The trophy sits proudly on my bookcase – it’s one of the first things I see each morning when I sit down to write. I hope this year’s winner enjoys their year as much as I’ve enjoyed mine.

Thank you, David! You can take a look inside David’s award-winning book below – good luck to all of this year’s British Book Award nominees!

Sweet Pizza by G.R. Gemin has been shortlisted for the Little Rebels Children’ Book Award!