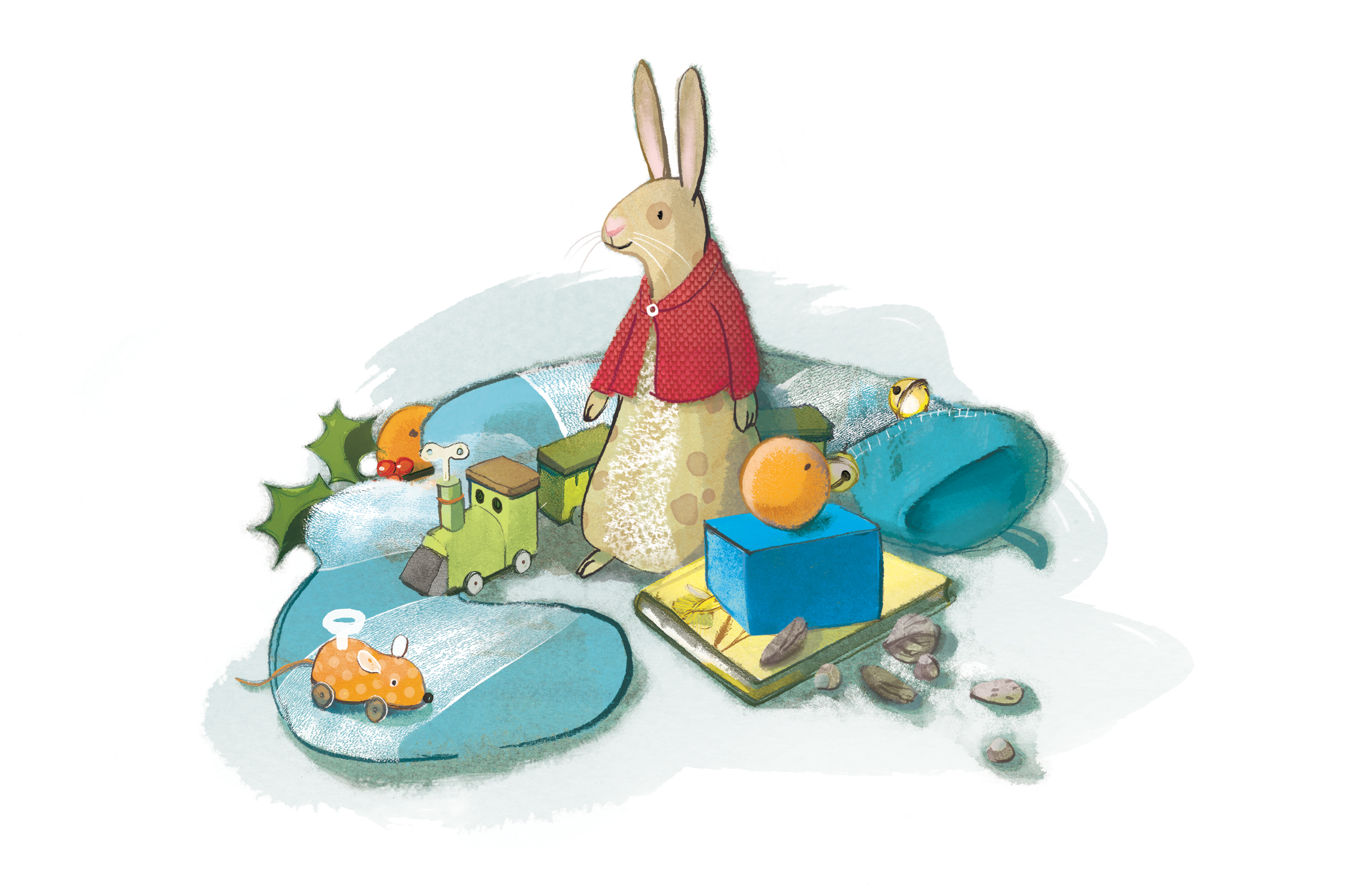 Editing a classic: a new version of The Velveteen Rabbit, illustrated by Sarah Massini

In my first week at Nosy Crow I was asked to proofread a very special picture book title: a new unabridged edition of the classic story The Velveteen Rabbit by Margery Williams, with gorgeous illustrations by the incredibly talented Sarah Massini.

The text is taken from the classic edition of the book, which includes the beautiful original illustrations by William Nicholson. Checking our text against the classic, and then against online copies of the original text, raised a question: how much of the original styling and spelling should we keep, and how far should we bring the text up to date? We want our edition to be true to the original, first published in 1922, but equally to live up to the Nosy Crow philosophy of publishing ‘child-centred and parent-friendly’ books.

It wasn’t an easy question to answer, but we ultimately decided to change outdated spellings and capitalisation – some one changed to someone, every one to everyone, to-morrow to tomorrow, Summer to summer. We’ve also followed today’s editorial conventions – text that follows a line space will be full out (align with the margin) rather than indented. It seems that today’s editorial process might be more rigorous than when the story was first published. The original text contains a few inconsistencies – picture-books on one page and picture books on the next, for example – that would be unlikely to be missed by today’s eagle-eyed editors, and which we have corrected. Interestingly, many but not all of our changes had been made for the classic edition. As is often the case, there’s no definitive right or wrong approach, and one editor won’t make the same decision as the next.

Of course, the lucky child hearing the story for the first time will be unaware of all these behind-the-scenes deliberations. They’ll just be captivated, like generations of children before them, by the magic of this beautiful story.

The Velveteen Rabbit by Margery Williams, illustrated by Sarah Massini, will publish in September.

One month to go until the next Nosy Crow Illustrator Salon, with Sarah Warburton