Today’s guest post is by Louie Stowell, author of the highly-acclaimed Dragon in the Library series – the third book in the series, The Wizard in the Wood, is out now.

I’m not interested in lone wolf heroes, forging ahead on a silent quest. Even The Witcher has someone to say “Hmmm” at a lot.

Heroes are at their most interesting to me when they’re embedded in a friendship group, or at least a pair. Like in life, you find out most about yourself through your relationships with other people. And, when you’re on a magical adventure, friends are often how you stay alive.

My Dragon in the Library series is as much about Kit’s friendship group as it is about Kit herself. But that doesn’t mean it’s all about holding hands skipping through the fields singing tra la la. In The Wizard in the Wood, Kit makes mistakes and hurts her friends. If they forgive her… well, that’s a spoiler. But friendship isn’t just about togetherness, it’s also about arguments and tension. It’s about secrets and unspoken truths. That’s where the power comes from – the complexity. 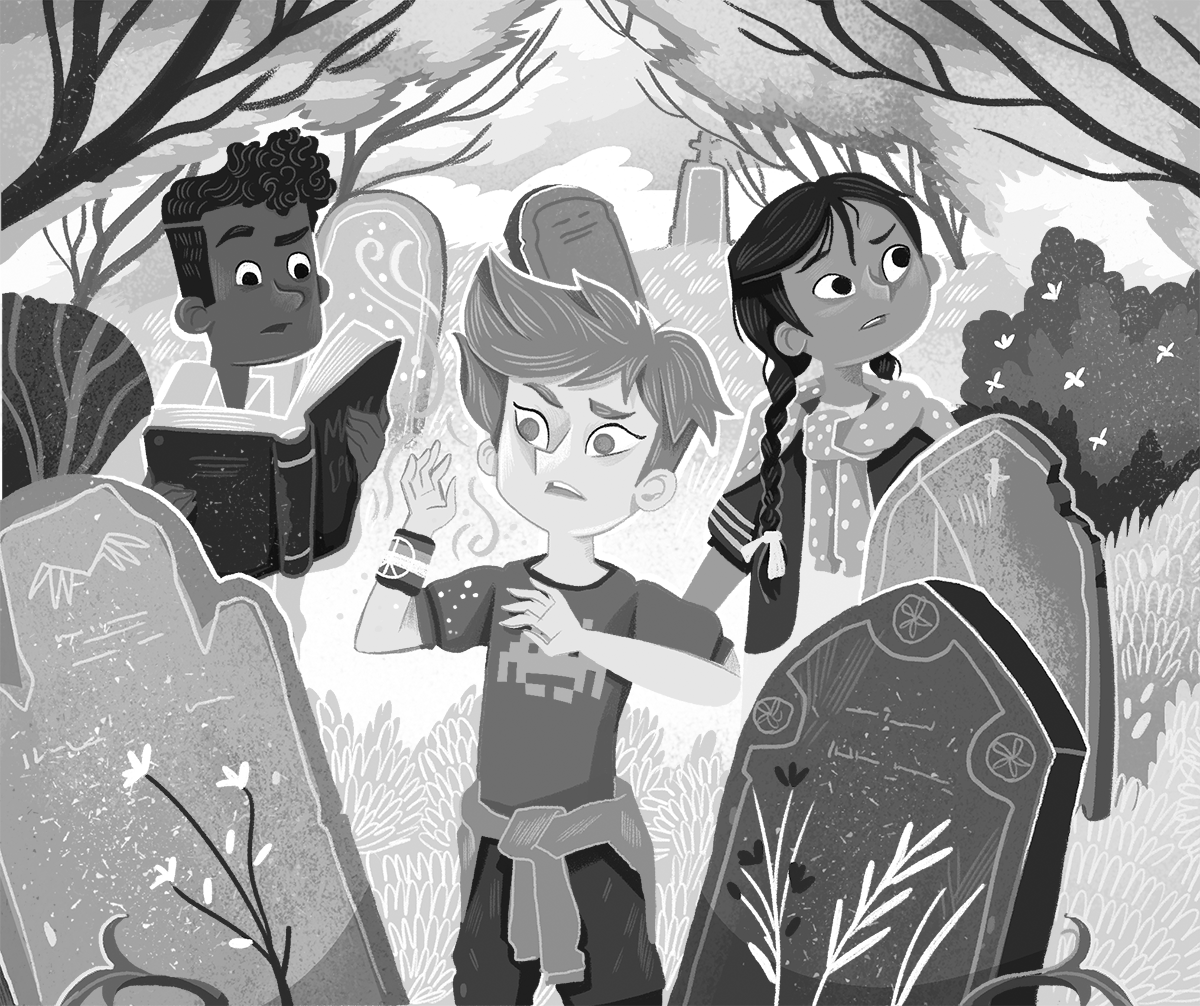 One of the most joyful things about writing this series has been to think about heroes as a community – a group of people with contrasting strengths and weaknesses. Your friends help you be a better version of yourself, and you help them back. Alita helps Kit be honest with herself. Kit helps Josh step outside his comfort zone. Kit helps Alita boost her self-confidence. But they also argue like cats in a sack and make fun of each other. They’ve been SO much fun to write.

So here’s to fictional friends – and here are a few of my favourites, in the order I encountered them…

Frodo and Sam in The Lord of the Rings by J.R.R. Tolkien

This is a deeply problematic friendship – a servant and master with wildly unequal power dynamics. Sam’s clearly in love with Frodo too, so it’s unequal in that way too. But  I’ve always loved that pure loyalty from Sam in the face of suffering and despair. As a child, reading Lord of the Rings, I re-wrote the ending so that Sam went west with Frodo at the end. I couldn’t bear them being apart.

The Scooby Gang in Buffy the Vampire Slayer

“I guess I’m starting to understand why there’s no ancient prophecy about a Chosen One… and her friends.”

I’ve been re-watching Buffy over lockdown, and we recently watched the end of season four, which has the vampire Spike sow discord between Buffy and her friends. He pushes on all their points of tension to split them apart. But their friendship’s stronger than that, and they find a way back to each other. Part of what makes Buffy the Vampire Slayer such a great show is the way it messes with the Chosen One myth, and embeds her in a community. She’s not the big lonely brooder – she has fun with her friends, she squabbles, she gets cross when they borrow her clothes and spill food on them. I definitely had this gang in mind when creating Kit and her friends. That mess, and the strength that comes from a group of people who all love each other.

Two awesome girls who solve crimes. I love the mirroring of Holmes and Watson, but the books take them SO far beyond that. It’s not a simple friendship, and there are power dynamics at play, but it grows and grows through the books in the most wonderful way.

Amira and Leo in Moonchild: Voyage of the Lost and Found by Aisha Bushby

Aisha is one of the most emotionally astute writers out there and, as someone with next to zero self knowledge of my own emotions, reading her books can sometimes feel like being personally called out. But, personal discomfort aside, she gives good friendship. In Moonchild we meet Samira, an angry, messy person who can see the emotions of others, and Leo, a quieter presence. I love the contrast between them, and the way they navigate the (literal and metaphorical) seas together, finding answers and themselves.

Sami and Joseph and Sami and Adam in Boy, Everywhere by AM Dassu

Yes, I’m cheating. But it’s a book so rich in relationships that I couldn’t pick just one. The main character, Sami, has to flee his home because of a war. Joseph is his best friend from his old life. Adam is a boy he meets when he’s fleeing danger. Both are some of the most convincing child friendships I’ve read in a very long time.

Thank you, Louie! The Wizard in the Wood is out now – you can take a look inside the book below, and you can buy the book online from Waterstones here, from Bookshop.org here, from Amazon here, and directly from Nosy Crow here.