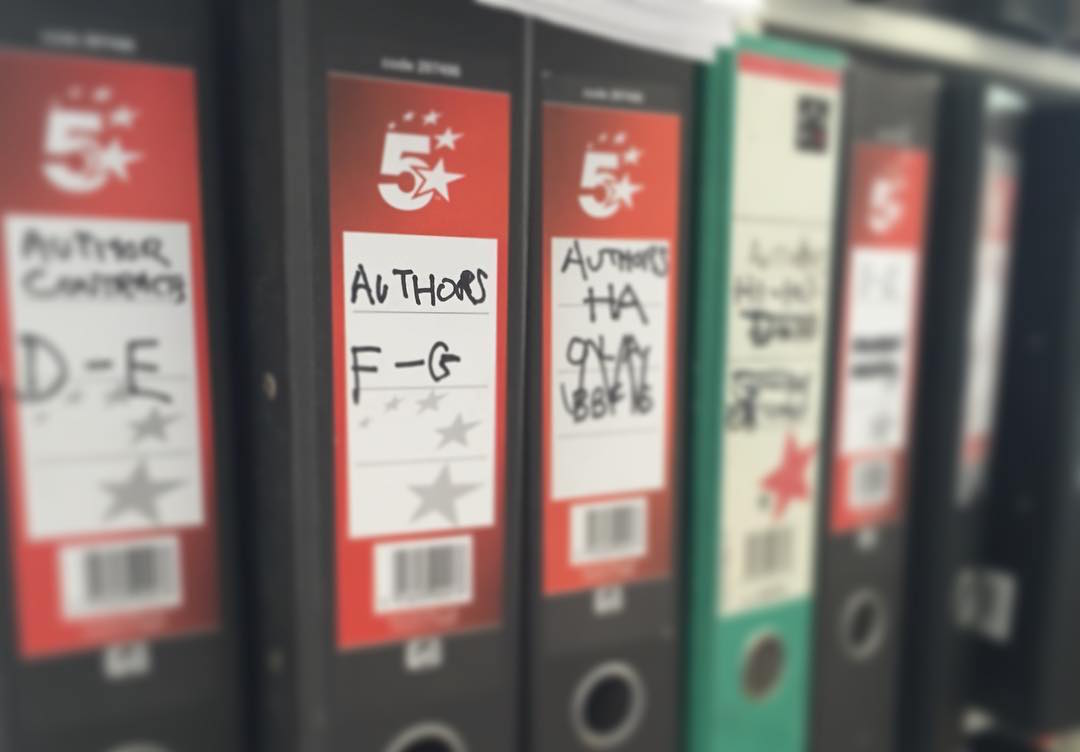 Harold Underdown is a freelance children’s book editor, author and owner of The Purple Crayon, a website dedicated to information about children’s book writing, illustrating and publishing. The focus is American, but much of what he says applies to publishing more generally.

Yesterday evening he posted on Twitter a piece he’d written several years ago about the acquisition process. It’s still relevant. He writes that there are three main types of acquisition process – one that is editorially-led, where the decision is made by the “publisher”; one that is committee-driven, where the decision is made by a group of senior people; and one that is again editorially-led, but involves the editor coming up with a brief and then finding someone to write and/or illustrate the book.

The truth is that at Nosy Crow we don’t have a formal acquisitions process for books (and making apps is a wholly different bag of bananas), let alone one involving the kind of meetings that Harold describes. Indeed, for as long as we possibly could, we avoided having meetings altogether: I had spent much of my life in previous corporate jobs in formal, regular meetings, and recognised that there was no way that we would have room to accommodate the sort of time that model requires and get enough other work done to keep the business afloat.

Besides, at the beginning, we were tiny. I vividly remember Camilla receiving (as a hard copy, as it happens) the manuscript and roughs of Penny Dale’s Dinosaur Dig! in our first few weeks. As she sat opposite me, separated from me by only our two raised laptop screens, I saw her open the envelope, and was half-aware of her reading what was in it as I got on with something else. After a while, she passed it over the laptop screens. “I think we should publish this,” she said. I read it, and thought so too… but my next thought was that we needed to think of how to present it to the sales and marketing and rights teams to make sure that they were excited about it. Then, suddenly, I realised that I was the sales and marketing and rights teams. We put in an offer within a couple of hours of the post arriving and bought the book. In June, we’ll publish the fifth book in the series, Dinosaur Pirate!.

Nowadays, we acquire using an unstructured (some would say messy) version of all three of the processes that Harold describes.

Mostly, an editor proposes a book to me either in conversation or via email, and I decide whether we should make an offer for it or not (I guess I am the “publisher”). This doesn’t happen on a particular day or in a particular meeting. We’re all in one room anyway. If I don’t feel absolutely sure, then we might discuss the project with Catherine, who runs sales and marketing, or with Ola, who is responsible for our rights sales, or Imogen, who can advise if there’s an element of production complication and who has a firm grasp on our dealings with our partner publishers Allen and Unwin and Candlewick Press, or with Adrian, who’s in charge of our commercial business. If it’s a follow-on book in a series, we’ll look at sales histories. If it’s a book by an author or illustrator we’ve published before, we’ll do the same thing. If it’s all new, we might talk about books that we think are similar that we’ve already published and look at their sales histories. We don’t run costs if it’s a standard format book: we know, roughly, how much they cost to make, so we know how many we’d have to sell to make a profit. There are variations of this, though: Kirsty often chooses to run projects past Adrian in the first instance, on the basis that he reads them quicker than I tend to.

The advantage of this model is that it’s quick (not that the whole process is quick, necessarily, because there are any number of reasons why it might take a long time for the editor to have the conversation with me) and doesn’t occupy lots of people’s minds with putative projects that don’t pan out. The disadvantage is that people who have not been consulted may feel less invested in the project than they would if they had been involved in the decision, and that’s something that we are aware of and work to counter. But this is, broadly, the first model of acquisition that Harold describes.

If we are looking at an expensive book, either in terms of the advance required or the cost of printing it, then we will consult more widely internally, and might even have a meeting specifically to discuss the project. More people will read the proposal and the book itself if it’s a manuscript or part of a manuscript. We will run costs if it’s not likely to be published in a standard format (a 32pp picture book or a novel). We, or the author or illustrator, will have a format in mind, and we ask the printer for print costs on various quantities. When we run costings, we can look at different scenarios depending on how many copies we think we will sell. A book – a board book format with flaps, say – might be very appealing, but if it costs, say, £2 to make and we can only get £6 for it, then it won’t work financially, after we’ve taken into account the discounts we need to give booksellers and co-edition customers; the cost of freight from the printer to the UK; the cost of distribution and any sales commissions; and the cost of the advance and royalty to the author/illustrator, let alone the cost of our time as a business. Sometimes conversations start as one-to-ones between the editor and me, and, as it becomes clear that the book is more complicated and/or expensive, they widen out to involve more people.

The advantage is that everyone is involved and so everyone is invested. The disadvantage is that it’s slower and takes up lots of people’s time. It is, then, very frustrating to engage lots of people in a possible project and put in lots of collective time and effort… and then not to get the book. If a book is being auctioned by an agent, this “sunk cost” of time and effort is one of the things that makes it tempting to bid that little bit extra to secure the book, and, as any behavioural economist will tell you, it’s hard to ignore that temptation. Anyway, this way of acquiring is pretty like the second model that Harold describes.

Finally, all of our editors commission books: either off their own bat, or prompted by a sales or rights request, an editor will come up with a project and will then set about finding an author and, where relevant, an illustrator for it. This happens a lot on Camilla’s board book list, and a lot on Katherine’s non-fiction and activity list, including the books she’s working on for the National Trust and for the British Museum. On the picture book list, run by Louise, the texts are sometimes commissioned but more usually come in as potential acquisitions, but the illustrations are more often commissioned than not. On the fiction list, commissioning happens much less often: the genesis of the books that Kirsty has published (and that Kirsty and Tom will publish) is usually a manuscript coming in from an agent. Anyway, even if it only occasionally happens where novels are concerned, Nosy Crow also uses the third model of acquisition that Harold describes.

Oh, and sometimes, whatever method we use, we change our minds. This happened with Refuge. The manuscript came in to me. I discussed it with colleagues. We decided not to do it. But I couldn’t forget it, and several days later, I brought it up again, and this time we decided to do it. Editors do the same thing: they present a project, I nix it, and, if they really believe in it, they may tinker with it, and re-present it in a different form, or with some back-up evidence that they didn’t have previously, and we’ll buy the book.

As time has passed – Nosy Crow has been publishing for five years now – and the business has grown, we have evolved the ways we work, but I don’t see us instituting a formal acquisition meeting any time soon. Many of the editors recall the potentially gladiatorial experience of formal acquisitions meetings, particularly those of the second type that Harold describes, with real horror. They remember creativity and innovation crushed by committee – a version of Henry Ford’s famous axiom that if you ask customers what they want, they’ll say they want a faster horse. They remember times when one negative voice “turned” a room irrevocably against a project. They remember feeling anxious and outnumbered, and afraid of fluffing a high-stakes moment that could be make or break for an author or illustrator. We don’t want that. So, instead, we live with our own imperfect, messy system.

Without the EU, there would be no Gruffalo: Axel Scheffler on the prospect of Brexit