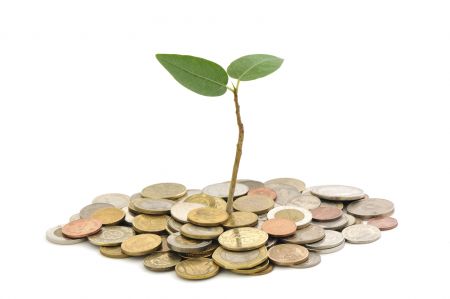 How publishers like us pay authors and illustrators (for beginners)

But here is the way that we (with a tiny handful of exceptions) pay for books… and it’s pretty standard for publishers who publish books for the general public, regardless of their size.

This is a bit like a “debt” that the author/illustrator owes us – a sort of “pit” that has to be filled up, which is how the “debt” is repaid.

What fills up the “pit” is royalties. We pay authors/illustrators a percentage of the money we get from any retailer (bricks and mortar and/or online). The percentage takes into account all the other things we’re paying for for print or digital publishing – editorial, publicity, marketing, design, financial management (chasing people for money etc) – and the specific costs associated with print publishing (the cost of printing and binding a book, the cost of warehousing it, the cost of transporting it, and the cost of processing – and often pulping – returns).

Another thing that fills up the “pit” is a share of the revenue we earn from selling rights that the author/illustrator may have granted to us (and, at Nosy Crow, we only buy books on the basis of having rights in all languages). So, for example, if a publisher buys rights to publish the book in German, the author’s share of that money goes into the “pit”.

When the “pit” is full, the surplus earnings are given to the authors/illustrators, usually twice-yearly.

We buy some books directly from authors/illustrators (we do so in the case of some of our strongest-selling authors/illustrators, in fact), and we buy other books from authors/illustrators via agents. In theory, I suppose, we could pay authors, particularly first time authors, much lower royalties than we pay to authors who are represented by tough agents. We don’t. It would, in our view, be neither fair nor, in anything but the short-term, commercially sensible. Authors/illustrators talk to each other, now, given the opportunities to connect via social media, more than ever, and there are various sources of information and advice like The Society of Authors. So you’d quickly be found out and an author/illustrator who feels cheated by their publisher isn’t a happy author. It’s worth saying, of course, that, agents take a percentage (10% – 15% of the author/illustrators earnings from publishers as a rough rule). So you have to be pretty sure you’re going to get more money going via an agent before it’s financially worth having an agent, though agents offer advice and expertise and administrative support too so you might want to take that into account.

But, as I say, actually, there’s not much variation at all in the royalties or rights revenue shares we offer.

What varies more is advances: established, and, in some cases, agented authors/illustrators often end up with larger advances than newer and unagented authors. This means that they have more money up front… but a bigger pit to fill!

Some authors/illustrators and their agents feel that a high advance on a debut book guarantees that a publisher will try particularly hard to sell a book in order to earn back the advance. But I know of books that have gone on to be bestsellers on the basis of a small advance, such as The Gruffalo, for example, or the first Harry Potter book, and there are other books that have gone for what press releases describe as “a substantial six-figure sum” that have not gone on to sell anything resembling a proportionate number of copies… which may make publishers (any publisher, because when a publisher pays a lot of money for a book, the publishing community knows about it… and we can see what the sales figures are like when we look at Nielsen Bookscan) reluctant to take a punt on the author’s subsequent books.

This year (and bear in mind that we write several of our books in house), we’re budgeting to spend 15% of our book revenue on authors/illustrators royalties/rights share, but we’ll also have to take the hit on any advances that we judge won’t earn out – i.e. where the pits are unlikely ever to be full. I can say that there are already a couple of books for which we at Nosy Crow have had to “write off” a proportion of the advance: we have acknowledged that we are unlikely ever to be able to fill up the “pit”. We’ll have to add the (small) cost of these “write-offs” to the 15%. I know of publishers (still in business because of the way that the rest of their business model works) who have overestimated the value of books when they pay advances to the point that in some years the cost of write-downs are as high, or almost as high, as the cost of authors’/illustrators’ royalties/rights revenue. Sometimes one really hefty advance combined with very low sales can push a publisher into loss. But even when publishers are not playing that kind of publishing game – and we’re not – then I don’t know of any publisher whose overall author/illustrator costs aren’t higher than the costs of the royalties and rights shares because of the cost of “written off” advance money.

There are some publishers who pay authors and illustrators on a “flat fee” basis – so they pay an amount up front, but it’s not an advance against royalties. We sometimes do this, particularly for illustrators who are providing a small number of illustrations for a novel. But it stops an author/illustrator participating in the ongoing success of a book, and we think they should, so it’s something we generally avoid.

Some publishers are experimenting with different ways of paying authors/illustrators: not paying an advance but, in return, offering higher royalties; or a profit-share model, for example (but, as an author, you’d probably want to look carefully at what the publisher is counting as “profit”, i.e. what costs have to be subtracted from the revenue before you get to the “profit” to be shared).

Some publishers are setting up subscription models, and authors/illustrators get a share of the revenue generated either from full packages of books to which they contribute, or in the block of time in which their particular books are offered.

And, of course (and this is the subject for another post), some authors are choosing to publish either digitally or in print, by themselves.