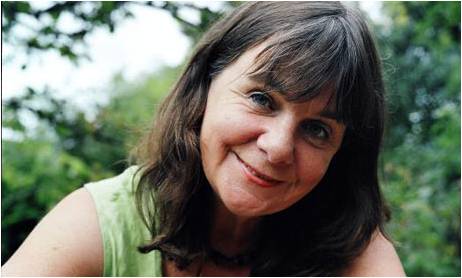 On Tuesday it was announced that Julia Donaldson is the UK’s new Children’s Laureate.

Julia writes fiction for older children (The Princess Mirror-belle books, The Giants and the Joneses and Dinosaur Diary) and has written a dark and challenging novel for teenagers (Running on the Cracks), but she is best known for her rhyming (though not always rhyming: The Smartest Giant doesn’t rhyme except at the end) picture book texts, of which the best known is The Gruffalo, illustrated by Axel Scheffler, who has been the illustrator of her most successful picture books.

I felt, vicariously, very proud: I’ve been responsible for publishing over twenty of Julia’s books over the years. I first got to know Julia’s work in the early 1990s. She sent the lyrics of a song to Methuen (which has been absorbed into Egmont) where I was working as a rights director. An editor there, Elke Lacey, liked it. I suggested that a friend, who I’d met when he was illustrating a couple of fiction titles for Faber and Faber when I was selling rights there, might be the man to do the pictures. He was Axel Scheffler. The book was A Squash and a Squeeze. Elke was a fiction editor, and hadn’t worked on picture books and she and I worked on A Squash and a Squeeze together. But then she got ill and died, ridiculously young, just before the book was published.

A little later, I moved to Macmillan as a publisher, and Alison Green came with me as editorial director of picture books. One day soon after we’d started, Julia sent Axel the text of The Gruffalo, and, we decided to publish it. It was the resumption of what became a truly astonishingly successful partnership, though Julia’s texts were also wonderfully illustrated by other illustrators including Nick Sharratt, Julia Monks and David Roberts. After ten years, Alison and I moved to Scholastic, and Axel and Julia’s new books were published under the Alison Green Books imprint there, though Julia continued to publish other picture books with Macmillan and has had some books published by other publishers too. The first of several Scholastic Julia-and-Axel books was Tiddler, and the most recent one, The Highway Rat, comes out this autumn.

Julia is many things. She has a command of the combination of rhyme and story that is unparalleled, and that she produces excellent book after excellent book is breathtaking. She’s passionate about her work and a true perfectionist. She’s an absolutely brilliant and indefatigable performer with as much of an affinity with music (she introduced me to this, which is one of the many reasons I am eternally grateful to her) and drama as she has with words. She’s honest, outspoken (even if it’s sometimes about subjects on which we don’t entirely agree!) and approachable. She is, quite properly, famous.

I think Julia will be a highly-visible and committed advocate for reading, for printed books and – at this time of real need – for libraries, and, I am sure, for other things too, as her Laureateship evolves. She’ll be great.

Pip and Posy are “simultaneously cosy and reassuring … Perfect for one to three year olds”, writes Readings