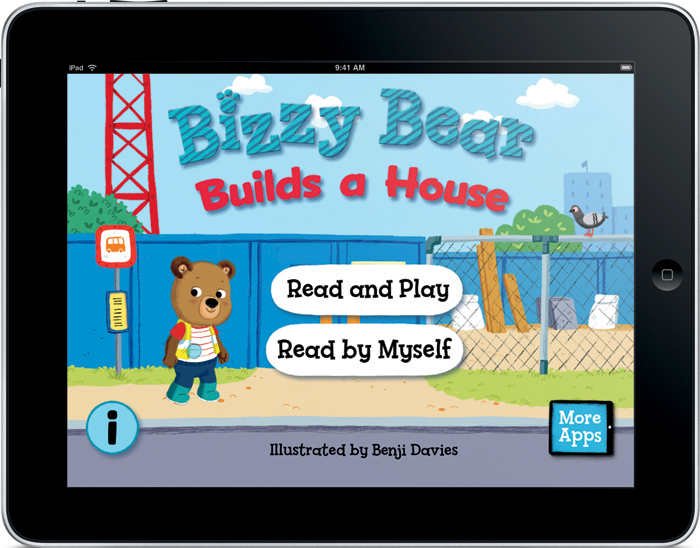 Looking back on our free app experiment

Just under a fortnight ago, we launched our first ever free app experiment. Our newest app, Bizzy Bear Builds a House, was free for one day only (we blogged about our rationale for the experiment here), and now that we’ve had some time to reflect on the outcome (and have received sales data for the period since), we thought it might be interesting to everyone who took part – either by downloading the app, sharing it with others, blogging about it, or talking to us here and on Facebook and Twitter – to share some of the results.

We had very little idea what might happen. We expected a large spike in downloads, of course, but I had no sense of how large that spike would be, or what the impact on sales the following day – when the app returned to its (very reasonable) full price of £2.49 – would be, or how much feedback we’d receive. It felt, in fact, like a very large step into the unknown! My own criteria for what would constitute “success” were a little fuzzy – it was quite hard to define in advance what exactly would make the trial a successful one when the biggest motivation for us was simply curiosity.

Well, I’m pleased to report great success (at least, that’s what it feels like to me). Between Monday, July 23 (when we announced our plans) to Wednesday, July 25 (the day of the free app promotion), downloads of Bizzy Bear Builds a House increased by 21,000%. On the day after the trial – Thursday 26 – Bizzy Bear posted its third best day of sales, beaten only by its first two initial launch days. Now, almost two weeks later, sales remain significantly higher than they were before the promotion. We’ve received a number of new 5-star reviews on the App Store (this was something we hoped for but weren’t sure if we’d receive – in the comments underneath our first blog post, Karen Robertson noted that when she ran a similar experiment for her app, “Treasure Kai and the Lost Gold of Shark Island”, review rating went from 4-1/2 stars to 3-1/2 stars, stating that “buyer Behaviour theory is that people will rate higher the things that they’ve paid money for”).

Best of all, a huge number of people now have Bizzy Bear Builds a House on their iPads, iPhones and iPod Touches – brand new readers who can explore and enjoy our other apps as well.

There are a number of quite valid concerns that were raised in the run-up to the price drop. Promoting a giveaway like this beforehand means we potentially sacrificed sales in the two days between announcing the price drop and it taking place. But we felt this was a risk worth taking: that any potential “loss” would be more than compensated for by the increased visibility we’d enjoy by actually telling people about the experiment. Helen pointed out in the comments that consumers can become frustrated by paying for content that becomes free later on, and publishers can devalue their own IP by “alter the mentality of wanting content for free rather than being prepared to pay”. In this instance, we were confident that the nature of a one-day event, properly communicated, can counter-act those risks. The last thing we wanted to do was devalue apps as content: we hoped that people would download Bizzy Bear, see how good it is, and then consider paying for one of our other apps. And, as Kate pointed out to me, similar events (like, for instance, World Book Night) don’t permanently change consumer expectations regarding price – people know that they’d have to pay for the same book if they were to go into Waterstones the next day.

If you missed out on the chance to get Bizzy Bear for free, you can still find it on iTunes here. We’d love to hear what you make of it. And if you’d like to be kept up to date with all our upcoming app news, you can subscribe to our App Announcement Mailing List here – and keep an eye on this blog, where there’ll be lots of exciting news over the coming weeks.