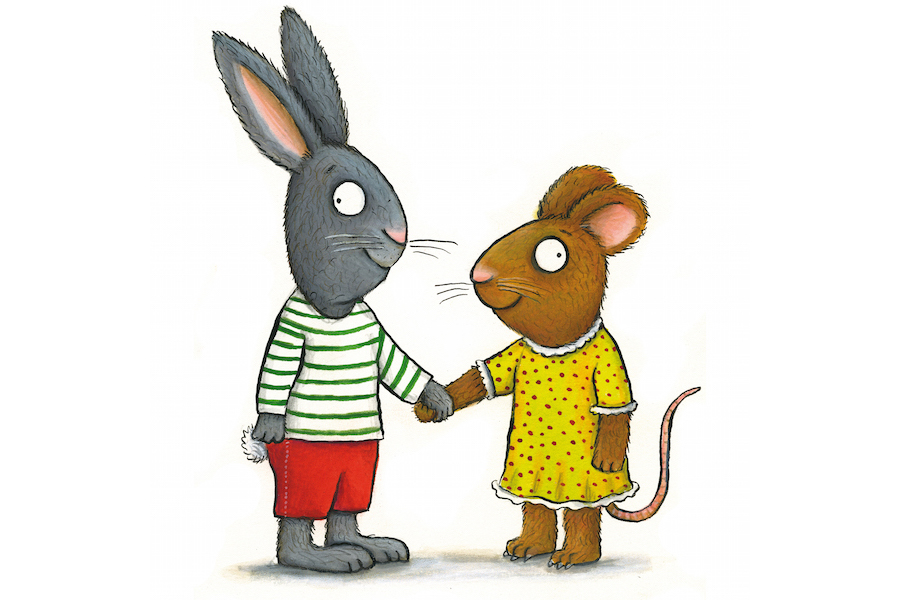 Currently in development, the animated series will be Magic Light’s first for preschoolers and follows the remarkable success enjoyed by their adaptations of other books illustrated by Scheffler – these written by Julia Donaldson – which have all enjoyed huge ratings as festive specials on BBC One since Christmas 2009. They include the Oscar-nominated The Gruffalo and Room on the Broom, Stick Man and The Highway Rat, which attracted almost eight million viewers on its Christmas Day premier in 2017.

Sweet stories of friendship and understanding, the Pip and Posy series captures the emotional highs and lows of preschool life and shows that we all can be there to help one another through.

The idea for Pip and Posy was conceived by Nosy Crow’s Editorial Director, Camilla Reid, who worked collaboratively with Scheffler on the project, writing the stories while Scheffler created the rich visual world.

Axel Scheffler is best known for his partnership with Julia Donaldson on books including Room on the Broom and The Gruffalo, which have made them the UK’s number one picture book author/illustrator team. In 2011 Axel illustrated Pip and Posy with Nosy Crow and to date there are seven titles with sales of over one million copies worldwide.

Kate Wilson, Managing Director, Nosy Crow, said: “Pip and Posy have proved a smash hit worldwide with their enchanting adventures that preschoolers can really relate to. We’re thrilled that Magic Light, with their wonderful track record of adapting children’s books, is set to bring these delightful characters to screen and can’t wait to see them on television.”

Michael Rose, co-founder Magic Light Pictures, said: “Axel Scheffler has created a charming, colourful world full of funny and lovable characters that perfectly capture the emotional ups and downs that young children experience. We’re really excited to be bringing them to life on screen for our first-ever preschool animated series.”

Axel Scheffler said: “I am very happy to be working on Pip and Posy with Magic Light, as I have already had such a positive experience of the way they combine respect for the original books on which they base their animation with a deep understanding of their audience.”

Win a copy of HerStory with BookTrust