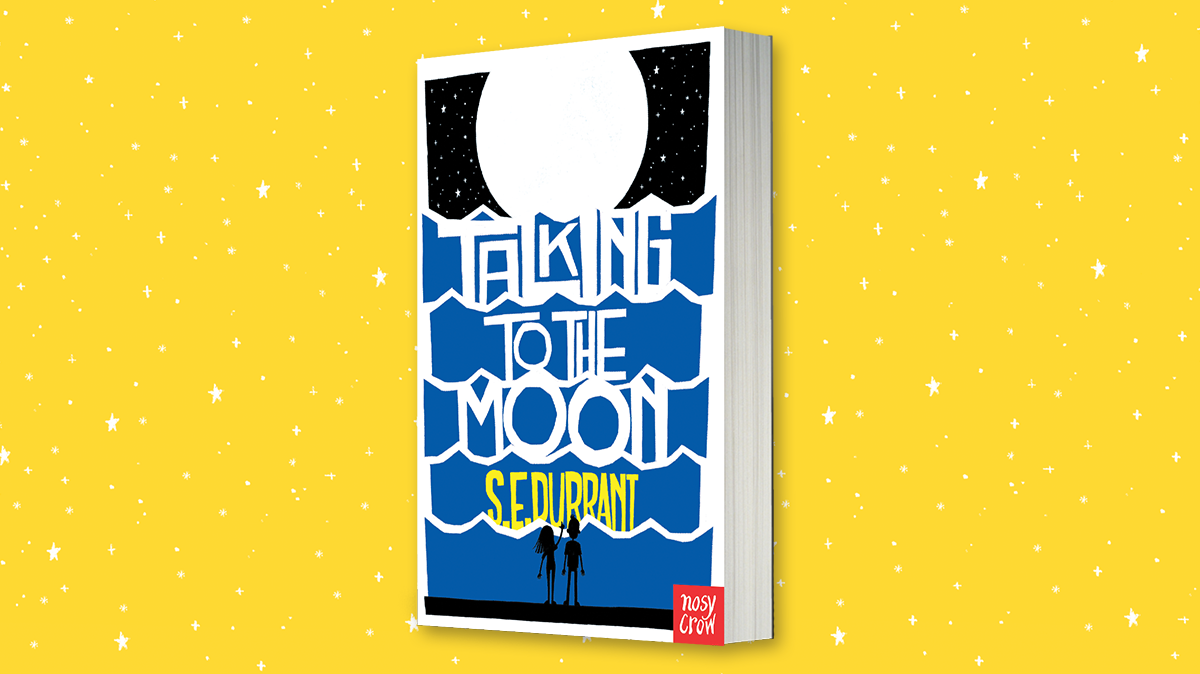 Murmuration – a guest post by S.E. Durrant, author of Talking to the Moon

Earlier this year we published Talking to the Moon, by S.E. Durrant – a beautifully-told and heartfelt story of a grandmother with dementia and a secret from the past that begins to unfold, told from the granddaughter’s perspective.

And today we’re very pleased to share a piece from Sue, on the inspirations behind the book…

I always hear the murmuration before I see it. For such small birds, starlings make a lot of noise. I watch from my kitchen window as they swamp the tree at the bottom of my small garden, a shimmering, twittering rush of wings; a sound like squeaky wheels rolling down a bumpy road. And there they stay until a seagull, perhaps, or a neighbour interrupts them and with a cartoonish whoosh of air they burst out of the tree, soar over the rooftops and are gone.

This is the starling season. The birds arrive in the autumn, clouds of black darts drifting across Brighton’s skies, perching on chimneys and trees. At dusk they fly down to the sea, appearing in small clusters at first then merging together – thousands of birds rolling across the sky in perfect synchrony, transforming from one shape to another before settling on the remains of the West Pier.

I always knew Talking To The Moon would feature the murmuration. I’ve only lived in Brighton for eight years but in that time so much has happened. My children are young adults, the world around me has changed drastically and of course we are now in a global pandemic. Throughout everything, the good and the bad, the starlings keep coming, a constant when everything else feels uncertain.

In Talking To The Moon, ten-year-old Iris’s life is confusing and complicated. She adores her grandmother Mimi yet, although their relationship is full of love, there is also tension as they struggle with Mimi’s loss of memory. Iris is unsettled and embarrassed by Mimi’s odd behaviour. The jam on scrambled egg, the clothes worn inside out, the frozen peas tipped into the cake mix are disconcerting. She wants more than anything to keep Mimi close and that means holding on to Mimi’s memories. She is sure that she and Mimi would have been friends had they been children together. Only time is keeping them apart.

For Mimi too the changes are disturbing. Behind the scenes she sticks notes on family photographs and writes herself instructions to help navigate her day. Yet throughout all this the birds keep coming. There may not be as many starlings as when Mimi was a child but as she and Iris huddle together on the beach, watching them loop above the West Pier, the world feels close to how it should be.

The West Pier opened in 1866 as a promenade so visitors could take in the sea, and in time a bandstand, pavilion and concert hall were added. There was a tea room and a restaurant, there were pantomimes, plays and fairground rides, a changing station and a diving board. Stormy weather and two fires have reduced it to an eerie metal skeleton rising out of the sea, and this is where the starlings roost.

Many people have stories about the West Pier: first kisses, boys catching mackerel, the escapologist wrapped in chains plunging into flaming water. In Talking To The Moon, Mimi remembers playing on the pier while her mother worked in the restaurant and, as a young woman, bumping into her future husband as he came out of the fortune-tellers. She tells Iris these stories and Iris holds on to them tightly. If she could physically pull herself into Mimi’s past she would.

As Mimi becomes increasingly forgetful a mystery emerges. A photograph of a small child called Coral sits on Mimi’s mantelpiece; Mimi calls her the lost girl. With a ten-year-old’s certainty that solutions can be found, Iris determines to find out what happened to Coral, in the hope that filling in the missing parts of her story might be the key to unlocking Mimi’s memories.

I loved writing Talking To The Moon, setting it in the place I now call home. Stretching it out across different eras and timelines enabled me to see place as a regenerating thing where the past, present and future aren’t so very distinct but overlap and inform each other.

I’m fortunate that during this second lockdown I can walk down to the beach, stand in front of the West Pier and hope to see the starlings. There are always people there, silhouetted against the sea, watching the sun sink beneath the horizon. The starlings don’t always appear, but when they do they are beautiful – thousands of black darts wheeling against the sky. Shape shifters.

Thank you for that beautiful piece, Sue! Talking to the Moon is available now, here. And you can take a look inside the book below:

Take a look inside Out of Nowhere