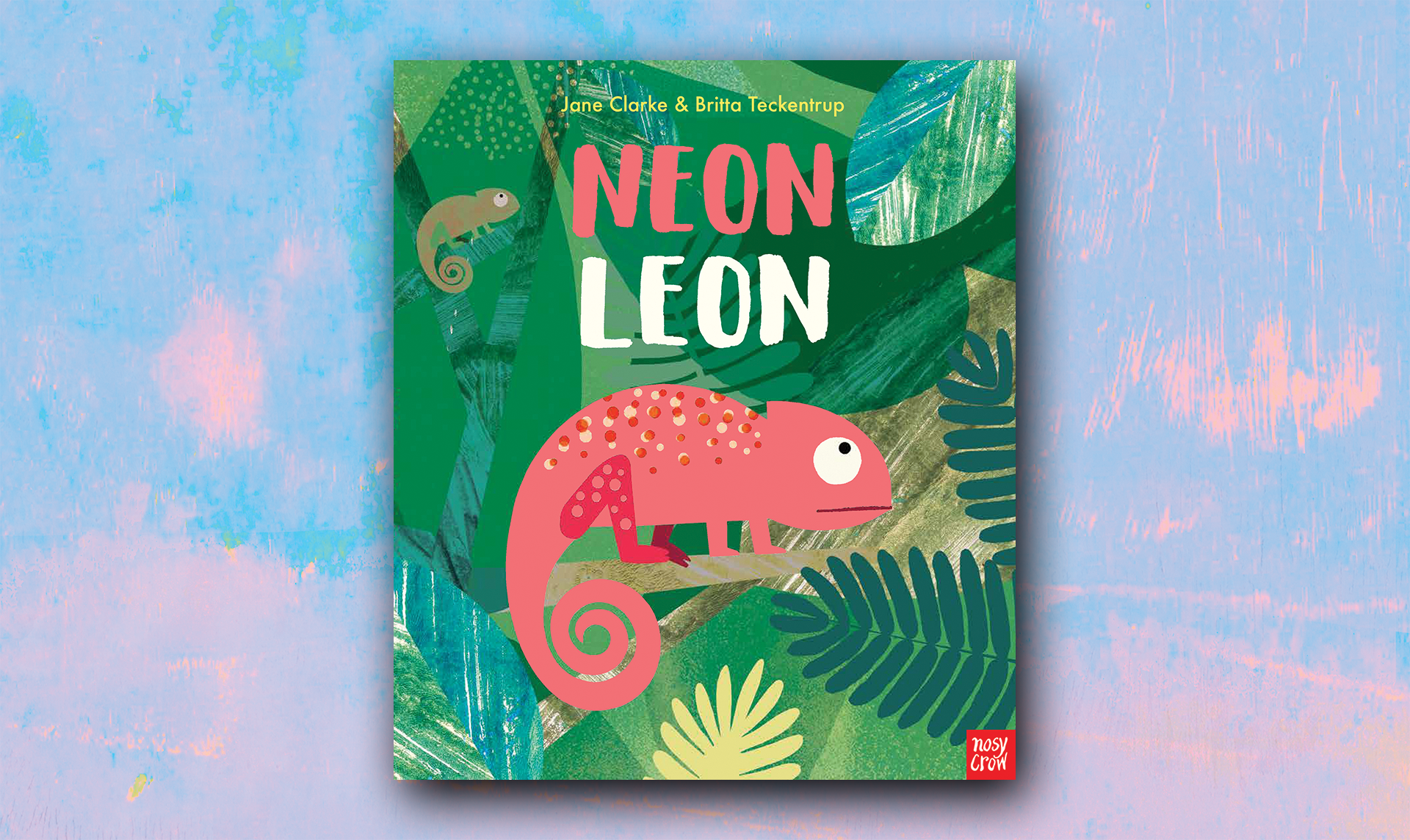 On Wednesday, we learnt that Evie’s Ghost had won the East Sussex Children’s Book Award – and yesterday, we were delighted to see another Nosy Crow book winning a regional award: Neon Leon, written by Jane Clarke and illustrated by Britta Teckentrup, received the 2018 Nottingham Children’s Book Award!

The Nottingham Children’s Book Award is now in its seventeenth year, having been launched in 2001, and since 2008 it has been targeted at pre-school children, aiming to get young children excited about reading.

Nottingham library staff and local school children whittled down the longlist to a shortlist of three, and between February and June library staff visited early-years settings to read the shortlisted books and ask children to vote for their favourite. Families were also encouraged to read the Book Award books together in the library and vote for their favourite, and over 5000 children took part in total.

Everyone knows that chameleons are the best at fitting in. But not Leon. Leon is NEON! In fact, he’s SO bright that he keeps all the other chameleons awake. Poor Leon is lonely, so off he goes in search of somewhere he can blend in.

In this delightful interactive book, filled with vibrant neon artwork, children can help Leon on his journey by counting his steps, suggesting colours for him to turn and giving him lots of reassurance when he’s feeling sad. But will he ever find a place to call home …?

Here’s a look inside Neon Leon: