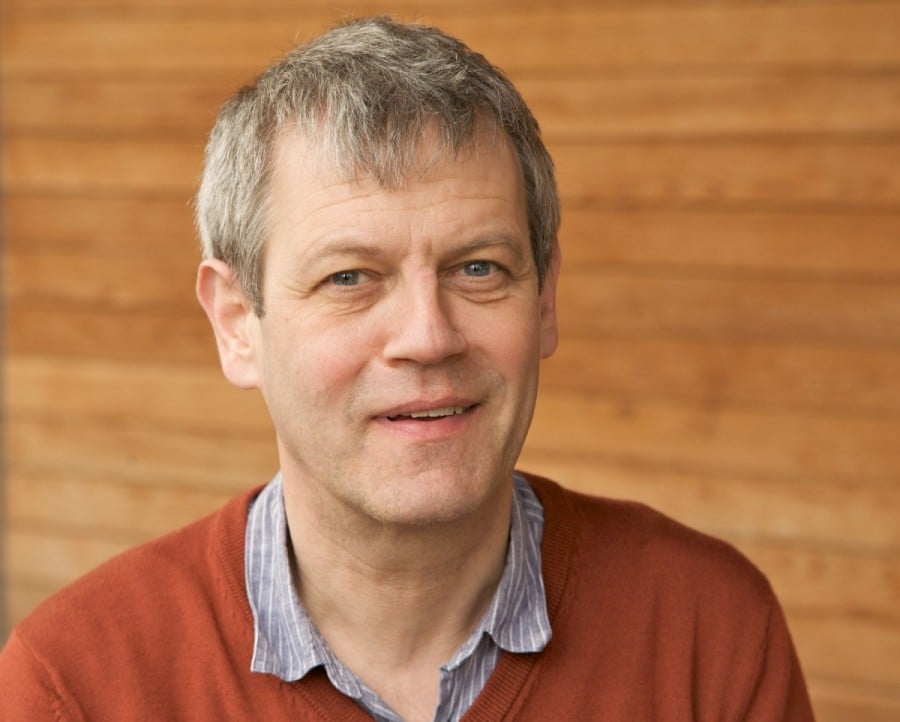 “No Room on the Broom”: Axel Scheffler’s acceptance speech for the inaugural Illustrator of the Year Award at the British Book Awards

Last night, Pip and Posy illustrator Axel Scheffler received the inaugural Illustrator of the Year Award at the British Book Awards (otherwise known as the Nibbies), and delivered an impassioned speech on Britain’s place in Europe. Today, with Axel’s permission, we are publishing the speech that he gave upon accepting last night’s award (you can also watch a video of the speech at the top of this post, courtesy of The Bookseller).

I am very grateful to receive this inaugural Nibbie for illustration. I’d like to thank my three main publishers: Macmillan, Scholastic and Nosy Crow; Kate Wilson, who has published me for thirty years; Julia Donaldson, with whom I have forged an extraordinary – and extraordinarily successful – partnership; and I’d like to thank readers – the parents and the children who have grown up with the books I have illustrated; and The Bookseller and the judges who chose me, an foreign EU citizen in Brexit times – that’s a nice gesture.

But I also accept it with a heavy heart and maybe even a slightly bitter feeling – it feels like a consolation prize. Or even a farewell gift. I know that this is not the place for long speeches, but as you are all gathered here, I can’t pretend it’s business as usual. I’ll take only a few minutes, and then the party can go on.

It’s just ten months until “Freedom Day” – next March – and I – and my fellow EU citizens, many working in the UK book industry – are still living in uncertainty. We have, so far, no guarantee that we can still live and work here in the future. In a worst-case scenario, I might not be allowed to stay here by the time my next book with Julia Donaldson is launched.

Michael Morpurgo wrote movingly, “My uncles fought for peace, not for Brexit”. He wrote that Britain doesn’t really like the rest of Europe. And he’s right. That hurts and it makes me angry every day.

The UK has been my home for 36 years. There would have been no Gruffalo without the EU facilitating my study here. And, even if I had, somehow, studied in the UK, I would have had to leave after my studies ended in 1985. So there would never have ben the successful Anglo-German joint venture Donaldson-Scheffler.

I know that my contribution is acknowledged here tonight, and, once again, I am grateful.

But I would like to mention another person who came from Germany under completely different circumstances who is here tonight: my friend, Judith Kerr. Here, in this room, you have a refugee from the Nazis and a peace-time EU immigrant giving something for the families and the economy of the UK. But after the Brexit vote it feels, despite our contribution, as if this country is saying, “It was all a mistake! We don’t really want you after all.” A Brexiteer would, of course, say, “Of course we want them when they make money for us.” But how can you gauge the future contribution of a young girl, as Judith was when she came here, or a 25 year-old student, as I was.

It makes me sad, and I worry when I think of a post-Brexit future for the UK families, especially the children, who are growing up with our books. What went wrong? What did they miss, the parents and grandparents who were reading Room on the Broom with its message of the importance of solidarity, partnership, friendship and kindness? The book wasn’t called No Room on the Broom.

So beware, Brexit Britain – if you have no friends in a hostile environment – the dragons may come and get you.

You can read a 2016 post from Axel on the subject of Brexit (“Without the EU, there would be no Gruffalo”), written before the referendum, on the Nosy Crow blog here. And you can read a piece by Nosy Crow’s managing director, Kate Wilson (“No Brexit between us! The world of children’s books is imagination, no borders.”), written immediately after the referendum result, on the Nosy Crow blog here.