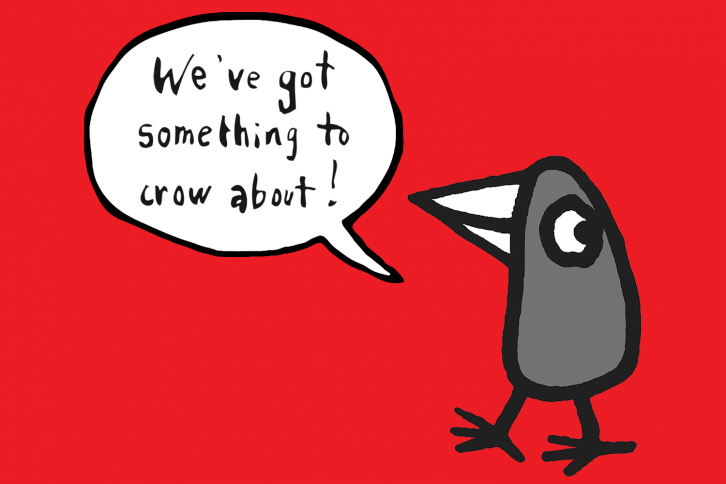 Nosy Crow is delighted to announce the acquisition of Fledgling, the first middle-grade novel from Lucy Beck, a graduate of the Bath Spa MA in Writing for Young People.

Fledgling begins when a strange creature is blown into Cassie Engel’s bedroom during a thunderstorm, triggering a series of terrifying events. With a self-obsessed opera singer for a mother, a strange taxidermist father and a best friend who isn’t quite what he seems, Cassie is forced to unearth the secrets of her family’s past. But as the dark forces gather around them, can Cassie protect all that she holds dear?

Kirsty Stansfield, Head of Fiction at Nosy Crow, bought world rights from Joanna Moult at Skylark Literary Agency. Stansfield comments: “Fledgling is such a fresh and original piece of writing. Full of brilliant characters and sinister charm, I know it, and Lucy, will take off in a big way!”

Lucy Beck comments: “I am thrilled that Nosy Crow will be the publisher to lead Fledgling from the safety of its nest into the big wide world. I’ve always loved Nosy Crow books, not just because they are beautiful things, but because they contain wonderful stories of hope for a better and kinder world to grow up in. I know, like Fledgling, I am in safe hands with such a dynamic, forward-looking publisher, and I am delighted that they have put their faith in me and my book at this challenging time.”

Joanna Moult comments: “Fledgling was the perfect read to transport me far away from this rather overwhelming reality, told in the most compelling and atmospheric way. Nosy Crow is such a fabulous home for Lucy – they know exactly how to make a book like Fledgling soar!”

Lucy Beck grew up in North Wales and, after a range of jobs from working in schools to designing websites for the education sector, she completed a master’s degree in Writing for Young People at Bath Spa University. Lucy now lives in the Cotswolds with her husband, two almost-grown-up children and a shaggy dog called Bronte.