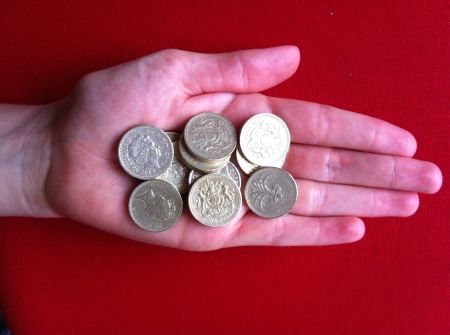 Yesterday, we were looking at market share figures from Nielsen BookScan. These show, among other things, the ranking of publishers by their sales through UK retailers.

To tell you the absolute truth, we don’t normally pay a huge amount of attention to these comparative figures. In fact, though we do buy and use data from Nielsen Bookscan, we don’t buy the comprehensive data set behind these particular figures (Nielsen Bookscan just ran this report for us as a favour). Generally, company comparative figures like these don’t feel very relevant to what we do all day. They cover publishers that are very different from us: corporate giants like Penguin Random House, HarperCollins and Hachette, for example. And pretty much everyone has been going for longer than us, so their position is boosted by sales of their decades’ worth of backlist titles: while they often have thousands of titles including classics from Roald Dahl to Paddington Bear, we’ll have published just over 100 print titles in total by the end of this year, all of which have come to market in the past three years.

And frankly, we are so busy publishing our own books (and, of course, our apps) that we don’t spend a lot of time looking over our shoulders at our competition. Of course, we’re aware of other publishers. We see – and often admire and buy – their books in shops. We list their books in our various “best of…” blog posts. We even talk about their books in the Nosy Crow Guardian Reading Group, but otherwise we keep our heads down, and edit, design, market, publicise and sell our own stuff.

But, yesterday, we saw that our sales of books out of bookshops for this year to the middle of August mean that we rank 19th in the UK among children’s publishers… so, right now, after publishing for just two-and-a-half-years (our first book came out in January 2011), Nosy Crow is one of the top 20 children’s book publishers by sales.

The overall value of children’s book sales in the UK has dropped by 9% on the previous year to date (I imagine that inevitable Hunger Games sales drop-off could account for maybe half of that). Only six of the top 20 children’s publishers are showing any growth at all in their market share (Walker Books and Simon and Schuster are the only other mainstream publishers in the top 20 that are showing growth, and three mass-market/bargain book/licensed book publishers are too). But the value of Nosy Crow’s sales has grown by 161% – a much, much larger percentage than any of our competitors.

But it was a nice moment and we are very grateful to our friends at Bounce for helping us to achieve it.

We celebrated with cake sent to us (!) by forthcoming debut author Pamela Butchart, who came down from Dundee last week to visit us.

Being small and being independent is still important to us. I stand by everything I wrote I wrote 16 months ago. But we want the authors and illustrators we publish to feel that they are publishing with a publisher with a bit of market clout, and it’s good to see these Nielsen Bookscan figures corroborate that.

What should an app cost? Some thoughts on iOS 7 and the new Kids’ App category