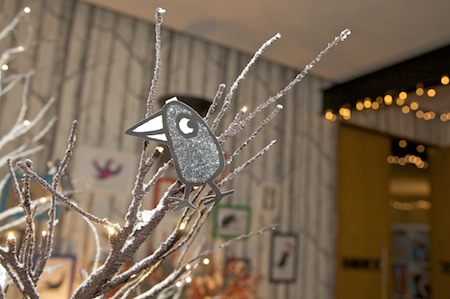 Parties can cause headaches (a guest post by Philip Ardagh)

The Nosy Crow Christmas party is going to be a tricky one for Nosy Crow this year. Why? Because Nosy Crow is a victim of its own success. The party is being held on the same day that the winners of the Roald Dahl Funny Prize are announced.

There are two categories: six and under, and seven to fourteen. With two Nosy Crow books in the six-and-under category — Weasels by Elys Dolan and Troll Swap by Leigh Hodgkinson — at least one of them has to lose.

Nosy Crow also has a book in the older category, The Grunts all at Sea, written by me and illustrated by Axel Scheffler.

1. All three books lose, resulting much glumness all round but the opportunity to mutter “We was robbed!” and “What do they know anyway?” and to pull together with the Dunkirk spirit.

2. One book wins, and the other two lose. Great for the winner and for Nosy Crow, and the creators of the two losing books can get roaring drunk, link arms and sing ‘It Should Have Been Me’.

3. Two books win and one loses, which would be the least likely but best-case scenario for Nosy Crow as a company… and the worst case scenario for the loser. Think of solitary sobbing in the stationery cupboard.

What a party this is going to turn out to be.

Thank you, Philip “Cassandra the Prophet” Ardagh, for these entirely helpful, and not-at-all panic-inducing, projections. The winners of The Roald Dahl Funny Prize 2013 will be announced at The Cambridge Theatre, London, home to the musical version of Roald Dahl’s Matilda, on 10th December – wish us (and all of our authors and illustrators) luck!