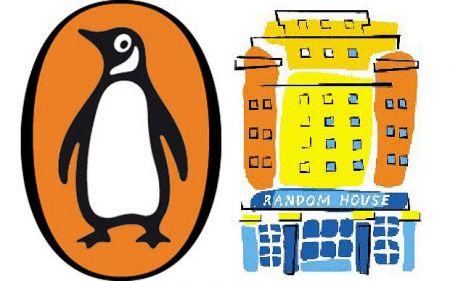 So Penguin and Random House are going to merge, with, as I understand it, Bertelsmann having a controlling 53% stake, and Pearson, Penguin’s current owner, exiting the trade publishing market.

The company will be called Penguin Random House (not, as many of us hoped, Random Penguin – though why that’s any funnier than Random House, actually, is anyone’s guess). Of course, the proposed new company has to be approved by government regulators (the combined company would represent 27% of UK book sales, for example, and reviews would presumably have to take place in the US, Canada and Australia/New Zealand), and the transaction has to be officially closed, neither of which is expected to take place until the second half of 2013.

Here’s how it’s been reported by the Financial Times

Here’s how it’s been reported by the BBC

And while it was still unconfirmed, here’s how the Telegraph reported it

As Philip Jones of The Bookseller pointed out this morning on BBC4’s Today programme, the combined revenues of Penguin Random House will only be 10th of those of Amazon. It is, presumably, the hope of exerting marketing muscle over giants like Amazon, Apple and Google who are occupying spaces in the supply chain between creators of reading material and the readers of that material, that is a factor in this decision to consolidate. (For a take on Amazon’s long-termism in the context of its last quarter losses, this Digital Book World piece is interesting.)

An important part of that marketing muscle must be the Penguin name. Penguin, Puffin and Ladybird (all part of the Penguin Group) are among the few publishing brands that the general public is aware of (as the images chosen to illustrate the coverage of the merger suggest). These are imprint names that really are brands, and that could help to facilitate Bertelsmann’s declared aim of connecting directly with consumers. Random House Group UK c.e.o. Gail Rebuck has several times emphasised the importance of “building direct relationships with readers”. In a letter to staff sent on 28th March 2012, Rebuck said further focus and investment on direct-to-consumer relationships was planned: “This time last year I spoke of the importance of building direct relationships with readers based on insight and market knowledge and this remains the case through 2012 as we continue to expand our consumer insight and data analytics teams to further embed a consumer-focused mindset throughout the company,” she said. “Relationships are at the heart of what we do and the passion and success we display in the curation, nurturing and publishing of our talented writers is being echoed in the innovation we are using in our direct-to-reader conversations. We will continue to invest in new systems and in training to ensure our direct conversations are as rich and engaging as the content we provide, and can help readers everywhere to discover the books they will love.”

Of course, it will be interesting to see if this move drives further big publisher consolidation: these things have historically gone in cycles. Philip Jones speculated that HarperCollins (owner Rupert Murdoch expressed interest in Penguin) might have a grab at Simon and Schuster or Macmillan,though both are smaller and the imprints can’t compete for brand awareness with Penguin. Jeremy Greenfield agrees with Philip Jones.

While the senior staff of both Penguin and Random House are working out what this means for them and for their authors and illustrators (here’s how Bertlesmann has communicated to agents in the US) and here’s a view of what they’re talking about behind closed doors), I believe that there is a vital role for small publishers.

A while ago – and with reference to Penguin, as it happens – I wrote blog post about small publishers vs large publishers

And, for a more general view of what publishers do all day whether they are big or small (and why I think that they’re a good thing), here’s my take on what a publisher is for.

And here’s a link to John Lancester’s view, published in the London Review of Books, that “takeovers and mergers often have the effect, in the long term, of destroying value” (paragraph 9), though it’s in the context of the Royal Bank of Scotland, not in the context of publishing (I can think of many publishing examples, too, however).