Pip and Posy are on TV! - Nosy Crow Skip to content 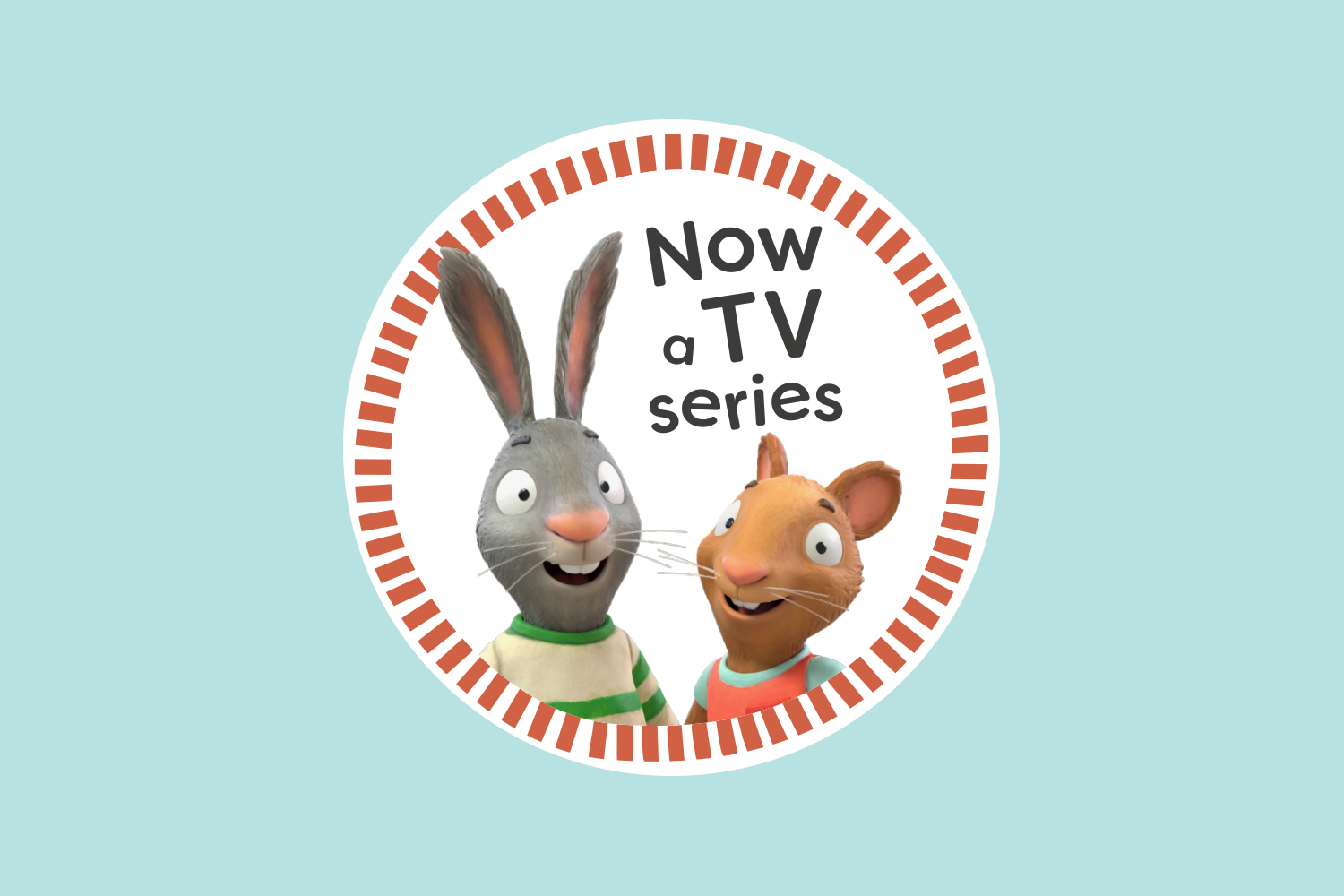 Pip and Posy are on TV!

Today’s a big day for Nosy Crow: the new Pip and Posy TV series, based on our picture book series illustrated by Axel Scheffler, is on TV. It’s our first property to be filmed/televised/animated, though there are a couple of others at an earlier stage of development.

Pip and Posy books were among Nosy Crow’s first publications. Written by Camilla Reid before Nosy Crow even started, the first two (The Little Puddle and The Super Scooter) were published in March 2011. It has therefore taken almost exactly 10 years for them to reach TV.

Based on Camilla’s experience of the real emotional ups and downs of toddler life – her own children were little at the time – her stories fitted brilliantly with one of Axel’s many strengths: he is brilliant at illustrating anthopomorphised, highly expressive animals. And his daughter is the same age as Camilla’s youngest. I can still vividly remember so much about their creation, including the debates we had about what animals they should be; how to differentiate them from one another visually (how big should a mouse be relative to a rabbit, for example?); and what to call them.

We’ve very happy to be working with Magic Light, who were the creators of The Gruffalo and other Julia Donaldson/Axel Scheffler TV specials. I first met Michael, who runs Magic Light, when I was running Macmillan Children’s Books about 13 years ago to begin conversations about The Gruffalo film, and they were always our first choice for making a Pip and Posy series as they’ve been very respectful of Axel’s work historically.

Translating something to a completely different medium means changes. Pip and Posy don’t cry on TV. They always pee in loos, never in a potty. They’re older. They have a group of named friends. They don’t go on trips to the seaside, but instead all of their fun happens in the child-centric world – some houses and a park – in which they and their friends live.  There are more episodes than there are books, so some of the TV stories don’t have book counterparts. This means that Pip and Posy’s TV adventures sometimes echo, but are seldom exactly the same as, the stories in the books. The spirit, though, and the core idea that things don’t always go right in pre-school life, but by being kind and talking things through and saying sorry when we have to we can usually make things better, remains the same. And of course the enhanced visibility that TV gives opens up a whole new audience for the Pip and Posy books. All copies of our books are being stickered with the “Now a TV series” roundel, and we have two new books this year: The Friendly Snail published in hardback on 4 March 2021, and The Birthday Party (a recognition, of course, of Nosy Crow’s tenth birthday) publishes on 2 September 2021.

It’s a really exciting moment, I think, in Nosy Crow’s history, and it’s very timely that it’s happening now: through the pandemic, so many pre-schoolers have been starved of contact with their peers, and therefore starved of the opportunities to negotiate friendship and develop social skills. Negotiating friendships and developing social skills are at the heart of every Pip and Posy narrative, whether in the books or on TV.

This is a link to the full first episode in the series, which aired at 7.45am this morning on Channel 5 Milkshake. The remainder of the series will be broadcast every weekday at the same time, and the series will then move to Sky Kids in May.

Congratulations to Camilla and Axel!

Watch the trailer for Pip and Posy: 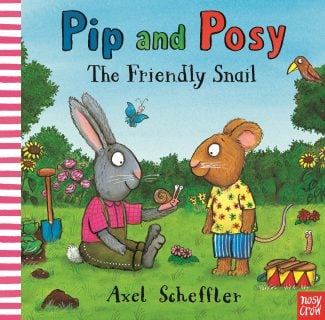 Pip and Posy: The Friendly Snail