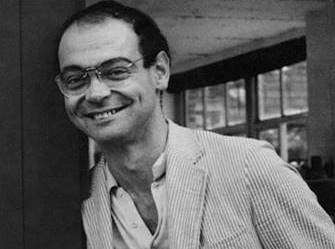 Sebastian Walker founded Walker Books in 1979, aged 37. He died 12 years later, having achieved something remarkable. Walker Books was, and is, an excellent children’s book-only publishing company. He started the business in a back bedroom with a handful of colleagues and a bank loan. 12 years later, Walker Books was turning over £17 million (perhaps the equivalent of £27 million in today’s money), and publishing over 300 titles per year. In the years in which he ran the business, Walker published Where’s Wally by Martin Handford, Can’t You Sleep, Little Bear? by Martin Waddell and Barbara Frith, Five Minute’s Peace by Jill Murphy, We’re Going on a Bear Hunt by Michael Rosen and Helen Oxenbury, and Ten in the Bed by Penny Dale, among other great children’s illustrated books.

I never met him. I was at school when he set up Walker Books, and not many years into my publishing career when he died. I admired him from afar, though, and continue to admire his achievements and legacy. A few months ago, I read his sister, Mirabel Cecil’s, honest, detailed and touching biography, A Kind of Prospero (the title is taken from a phrase Maurice Sendak used to describe Sebastian Walker). Sebastian Walker seems to have been a mass of contradictions: gregarious but isolated; indiscreet but secretive; a gay man who struggled to sustain relationships but someone obsessed with the idea of family (who perhaps built his own “family” when he build his company); someone who, on the one hand, was devoted to his business but, on the other, someone who would nip out of the office for hours to hone his skills as a pianist; a charmer and a terrible snob; someone who demanded and provided enormous loyalty, but who sacked people in a way that was harsh and acrimonious; a publisher who spoke about the importance of literacy but someone who professed little interest in reading himself.

Julie Myerson gives her perspective in this article in The Guardian, My Hero Sebastian Walker. Altogether, he sounds fascinating and amazing… if capricious and difficult!

The Mirabel Cecil biography is also – and this was one of the reasons I wanted to read it – the only book I have found that is in large part about doing what I am spending my time doing: building a children’s book publishing company, beginning at a time of recession, with a clear sense of its own purpose and identity. Mirabel Cecil gives information about turnover, staff numbers, office moves and title count over the years in a way that is useful – and inspiring – to the founder of a business that has been publishing for exactly five months!

The other reason that I read the book is that Nosy Crow has its own connection with Walker Books: Candlewick Press, who will begin publishing books under a Nosy Crow imprint in two months, is the US division of Walker Books. Sebastian Walker made the decision to start up in America, and the company was set up in the year he died. Candlewick Press is a substantial – and the fastest-growing independent – US children’s pulbishing company. It publishes some great books originated by Walker UK (like Lucy Cousin’s Maisy Mouse Books, and Guess How Much I Love You) and is the original publisher of books by best-selling and award-winning authors like Kate DiCamillo (Because of Winn-Dixie, The Tale of Desperaux),Megan McDonald (the Judy Moody and Stink books) and M T Anderson (the Octavian Nothing books).

In his twelve years at the helm of Walker Books, Sebastian Walker built a business and a brand; impacted on the standards of picture book production and design internationally; made the UK children’s publishing business more international as publishers sought to emulate his success with co-edition publishing (I wrote about this in my post about this year’s Bologna Book Fair); and challenged bookselling conventions (he struck a deal with Sainsbury’s to publish children’s books under the Sainsbury’s brand, for example). He changed children’s publishing in the UK. Who knows what else he’d have achieved and what new directions he’d have taken had he lived another 20 years?