"Sick Lit" and other challenging books for children and teenagers: are they bad for readers? - Nosy Crow Skip to content 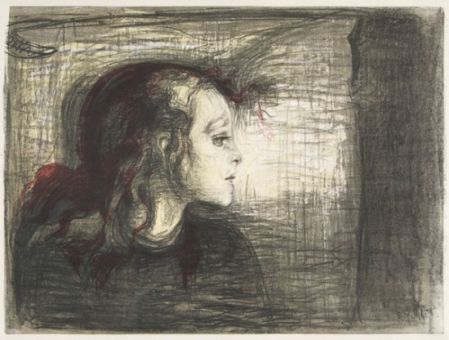 “Sick Lit” and other challenging books for children and teenagers: are they bad for readers?

Melanie McGilloway (@librarymice), who blogs about children’s books, directed her Twitter followers to a piece in today’s Daily Mail about ‘sick lit’ for teens (which is not to say that she agrees with the piece).

As someone who has, in my time, published a book about a child who dies of cancer, Ways to Live Forever by Sally Nicholls, I found the piece interesting. I was the MD of Scholastic UK when Ways To Live Forever was published by Marion Lloyd Books (an imprint of Scholastic) – just a couple of months after Before I Die (mentioned in the Daily Mail piece), as it happens – and I remember that we discussed at length our responsibilities when it came to publishing this book. We felt, though, and I continue to feel, that the quality of writing and the sensitivity with which the book was written meant that this was a book we felt comfortable publishing. Of course, many of the issues raised in the Daily Mail piece didn’t apply to Ways to Live Forever: it’s about an 11 year-old boy, not a teenage girl, and doesn’t have the “sex and swearing” that the Daily Mail castigates.

I’ve read Before I Die, but I can’t claim to have read books published subsequently in this genre. We don’t publish book for older teenagers, and most of the books discussed in the article – books that fit the Razorbill list – wouldn’t be right for the Nosy Crow list. “Me-too” publishing is rarely publishing at its best, and it may or may not be the case that individual books picked out by this article are bad books or harmful books. I don’t know: I haven’t read them. So, rather than write about those books specifically, I am going to say four general things:

The first is that most children’s publishers, and certainly all of us at Nosy Crow, take our responsibilities as publishers of material for children very seriously. We recognise that publishing for children (and younger teenagers) is different from publishing for adults. I wrote a blog post on the subject here, prompted by Martin Amis’s statement that he’d write a children’s book only if he suffered a brain injury.

The second is that there is nothing new in children’s books dealing with children’s illness and death. Beth dies in Good Wives. Ruby Gillis dies in Anne of the Island. Cedric Diggory and Fred Weasley die in the Harry Potter novels. Ill children – though they are often improbably cured – were common in earlier children’s literature, something explored by Lois Keith in Take Up Thy Bed and Walk. Think of Clara in Heidi, or Katy in What Katy Did, or Colin in The Secret Garden. And these are only characters in books written explicity for children: there are also ill and dying child characters in Dickens, read by families. Children like Little Nell in The Old Curiosity Shop, or Jo, the crossing sweeper in Bleak House, who is, memorably, “Dead, your Majesty. Dead, my lords and gentlemen. Dead, Right Reverends and Wrong Reverends of every order. Dead, men and women, born with Heavenly compassion in your hearts. And dying thus around us every day.”

3. Books that deal well with difficult topics can be a safe way for children to encounter those topics

Third, looking beyond the specifics of books about children who are ill or dying, many – some of them great – books allow children to explore emotions and circumstances more extreme than their own. I’ve just (belatedly) read A Monster Calls, and my 13 year-old read it immediately after me, at my suggestion. It’s a book that deals with a terrible honesty about the complexities of a boy’s emotions as his mother dies: Conor wants the awful process of his mother’s dying to be over, though he doesn’t want to lose her. A character in Sharon Creech’s Walk Two Moons (another book about parental and grandparental death that I was proud to publish) says, “Don’t judge a man until you have walked two moons in his moccasins”, and many of these books allow children and teenagers to walk, for the duration of the book they are reading, in the moccasins of someone else – someone whose situation is more extreme than their own. They can try on those emotions for a while, to wonder what they’d do if the circumstances were their own, and, perhaps, to end up with a different kind of sympathy and understanding for other people. Books that deal well with the difficult stuff can be an important part of children’s emotional journey. Illness by proxy, pain by proxy, war by proxy, persecution by proxy, bereavement by proxy… these can be a good thing. As Francis Spufford writes in The Child That Books Built, “I even began to understand what was not said on the page. This was the kind of reading that can magnify your curiosity about real people, and send you back to the world better equipped to observe and comprehend… the key that opened the folds and tucks of human behavior and spread it out and made it knowable.”

(But the book has to deal with the subject well and be written well. I know that making that judgement is subjective, and can only speak about the judgements I make as a publisher and a parent. I do not think that every book written about a challenging subject is a good thing. For example, personally – and I know that this is far from a mainstream view – I think that John Boyne’s The Boy In The Striped Pyjamas is a misleading and mawkish book about the Holocaust that I wouldn’t encourage anyone to read. One of my children has read it, though: I wouldn’t recommend the book, but I wouldn’t stop anyone reading it either.)

4. Books shouldn’t be singled out for concern – books are only one way that children encounter challenging subjects

The fourth thing to say is that the idea that books are somehow particularly threatening – “next time your teen is curled up with a book, ask them what it’s about”, says the Daily Mail piece – is an interesting, and, I think, wrong-headed one. Of course, one of the great joys of reading is that it is a private experience unlike, say, watching a TV in the living room, when anyone can walk in and see what you’re looking at. But my own children spend a lot of time on private screens and I don’t always know what they see there: screens have become as private as pages. Meanwhile, countless children watch soaps like the BBC’s Eastenders, scheduled at a child-friendly 7.30pm each weekday. A glance at the programme’s website gives an idea of the issues that children are going to be exploring vicariously. Why are books written (and, you have to hope, responsibly published) for children and teenagers of more concern than programmes like this?

What some “target readers” say

My 12 year-old says that the books that she found most challenging in terms of content are Malory Blackman’s Noughts and Crosses and Adeline Yen Mah’s Chinese Cinderella. She says that she thinks that it is easier to deal with some of these issues “with fantasy”, citing The Hunger Games as a good example of a book that deals with horrible things in a fantasy situation. She says that she thinks that there are things, “like rape” that she shouldn’t be faced with in books and for which she would welcome “age restrictions” (though, of course, when she says this, it’s clear that she knows – from the news, apart from anything else – exactly what rape is).

My 13 year-old says that books – and she cites A Monster Calls – might be a source of support and reassurance for a child whose circumstances are similar to those of the child in the book. And she says that novels about terrible historical events like the Holocaust, for example, give children a different kind of understanding from the understanding gained from a history lesson: “If these books aren’t read, and if children don’t have an understanding of people’s suffering – if they only know about, say, the Holocaust through a timeline learned in a classroom – then they are going to have no deep sense of what people experienced”. When I asked why it might be important to have a sense of what people experienced, she said, “basically, to ensure that things like that never happen again”. She says, though, that it might be valuable to have someone who has experience of the issue dealt with in the book to know “what might be too difficult to say”. I think this is a tricky one: I remember asking Sally Nicholls if she had personal experience of children with cancer, and – honestly – feeling some concern when she said she hadn’t any close experience of her subject though she’d researched it carefully. I was, for a moment, concerned that other people might think that this invalidated her writing. In the end, though, I don’t think that personal experience “trumps” writing quality or sensitivity.

If subjects are handled with sensitivity, if writing is good, then the range of challenging situations and stories that children’s writers can write about, and that publishers can publish, should be wide.

Are there things that can’t be written about in books for children and/or teenagers?

Happy New Year… and some resolutions!