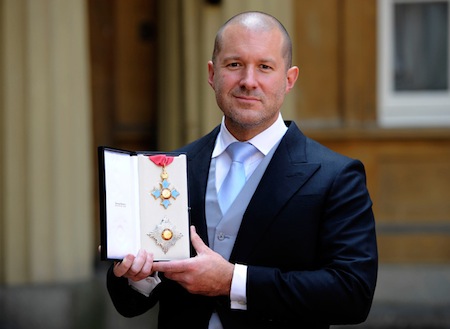 Something that passed us by last week was the news that Jony Ive, head of Industrial Design at Apple, was knighted by Princess Anne, following his inclusion in the 2012 New Year’s Honours List.

Ive is the man behind the iPod, iPhone and iPad: a truly brilliant artist (I can’t think of a contemporary designer whose work has had a greater influence on the way I live now) who, along with his “spiritual partner” Steve Jobs, truly understood the relationship between form and content – that “good design” didn’t just mean making things look nice, but also making them work well, and also making them work well in a way that looked nice – and delivered the most innovative, fantastic, disruptive pieces of technology, used every day by millions of people.

We wouldn’t be able to make our apps (which are currently only available on Apple’s iOS platform) if it weren’t for Ive: there’s simply nothing which is as joyful and intuitive to use as an iPad.