Last night we celebrated the publication of the marvellous Great Britons: 50 Amazing People Who Have Called Britain Home – written by Imogen Russell Williams and illustrated by Sara Mulvanny – at the wonderful [email protected] Books in Highbury.

And today we’re delighted to share Imogen’s speech from the launch party, which touches on what it means to be a ‘Great Briton’ and what she hopes this book will mean to readers.

I owe a lot of thanks to a lot of brilliant people. To Louie Stowell for giving me my start in children’s non-fiction, which I’ve always felt passionately about but never thought of writing before she gave me the chance. To Rebecca Mason for sterling and splendid publicity. To Kate Wilson, managing director at Nosy Crow, for wrangling over this list of Britons so intently, thinking all the time about how to make it as representative and inspiring as possible as we added and subtracted and nudged names up and down, trying to ensure every reader could find a hero here. To Sara Mulvanny – who did do the pictures – for doing such a great job, and to Emma Hobson, the designer. With my critic’s hat on, a lot of my friends may have heard me rant about the kind of oversized nonfiction doomed to sit dustily on a coffee table because it’s text-dense and dry – it may look elegant, but it’s too adult and long-winded to work for children. It’s Sara and Emma’s lovely sensitive work that makes these pages, which do have a lot of text on them, feel inviting, rather than intimidating and starchy.

About that text: I owe an absolutely enormous debt of gratitude to my editor, Elizabeth Jenner. All the time I’ve spent working with her – especially on the more potentially fraught areas of the book, like how to balance the portrayal of Winston Churchill, and how to convey a sense of the impact of empire and its long reverberations in a way that felt appropriate and thought-provoking – I have never felt so simultaneously pushed and supported, and I was never in doubt that this book was in the hands of the best possible co-pilot.

I also owe thanks to Dr Philip Abraham, brilliant post-colonial historian; Matthew Bergin, black hole consultant and physicist extraordinaire; Ada Lovelace expert Julia Gray; and perpetual sounding board, emergency tea purveyor and altogether optimal husband Alastair Harper. Last but not least, to my daughter Pererin, who is careful not to let me get uppity by being impressed too often. It does mean, though, that when she is impressed, I feel a proper sense of accomplishment. 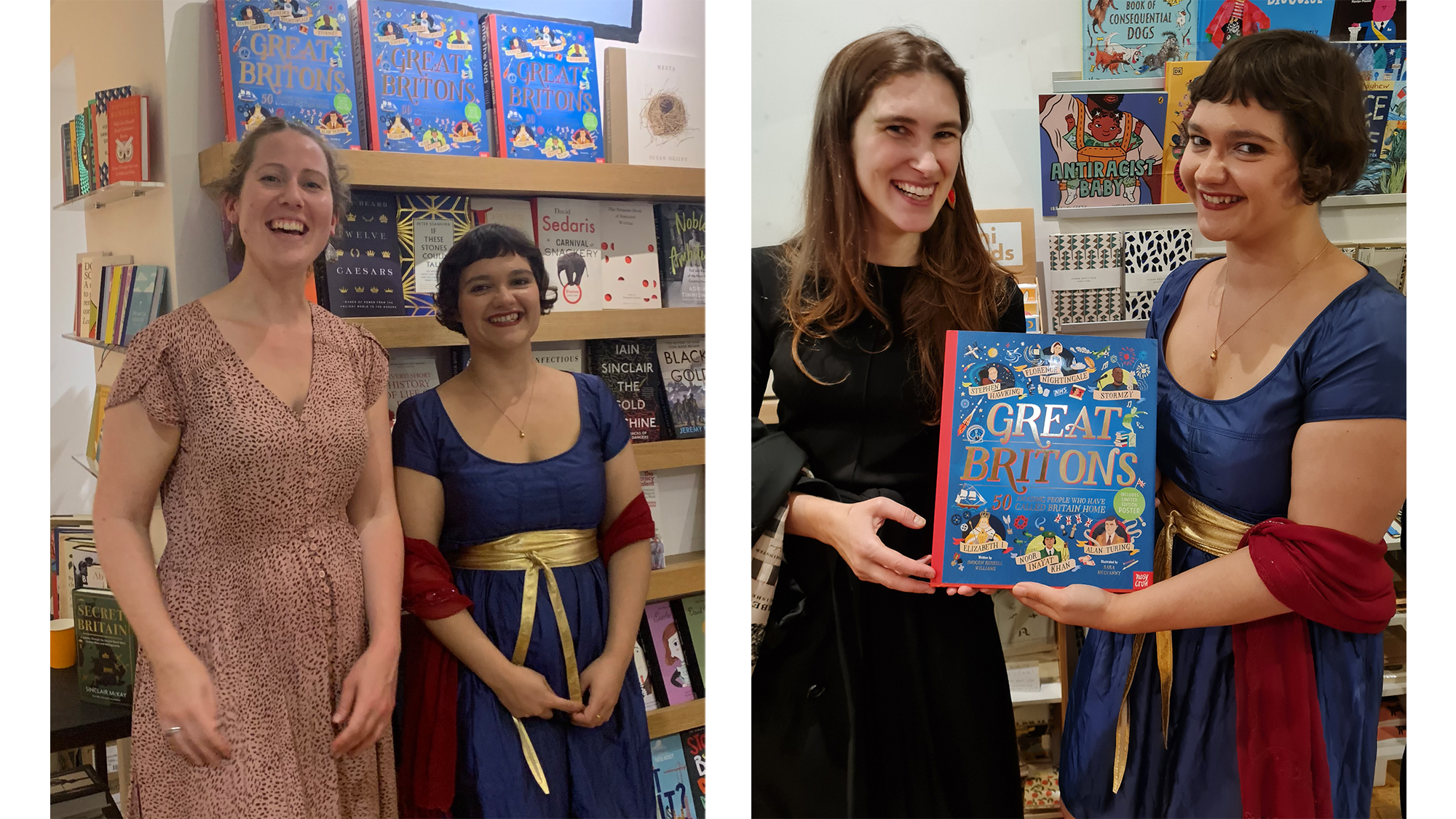 I hope that this book will mean something to its readers: that being a genius doesn’t mean you can’t also be a muppet sometimes, like Alan Turing, who buried his savings in the form of silver ingots and could never find them again. Also, that virtuoso talent like Yehudi Menuhin’s can lend itself to splendidly ridiculous stunts, like standing on your head and conducting the Berlin Philharmonic with your toes. More than that, I hope it will say something about who we consider being worth the name of a Great Briton.

People of glamour and acumen, principle and talent and doggedness, people who were and are eccentric, bloody-minded, flawed and human. People who came here from all around the world or who grew up here, privileged and otherwise. People who did and gave their best. People whose unacceptable views give us something to learn from now – that we can and should expect better, from the people at the top in particular. And people who made it clear that enslaving other people is sickening, violent and wrong. It’s been profoundly educational to me to research and write this book (although now, sadly, the etch-a-sketch of my brain has long been shaken, and every date or figure has instantly fallen out) and I hope that it will be fun to read – and maybe galvanising too.

What an interesting and empowering speech! Thank you, Imogen.

Discover the inspiring, empowering and diverse stories of 50 brilliant Britons who have impacted the way we live, think and feel today in this beautiful new book. From the warrior queen Boudicca of early Britain, who rose in revolt against the Romans, to activist Malala Yousafzai, who fights for every girl’s right to an education today, these gripping tales include key figures from all areas of British life – science, medicine, entertainment, sports, activism and more.

Featuring the inspirational lives and achievements of amazing people such as Florence Nightingale, Alan Turing, Mary Prince, Stormzy, Charles Darwin and Noor Inayat Khan, Great Britons is not only a celebration of our history as an island, but also as part of a far larger and greater world.

Take a look inside the book: