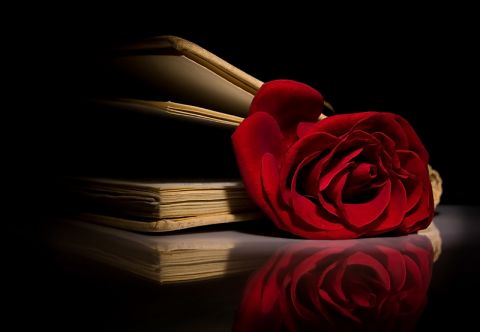 The best romantic novels for teenagers – a Valentine’s Day post

There’s a YA category. Here’s the list of shortlisted YA books:

At Nosy Crow, we don’t “do” much romantic fiction for teenagers (our focus is generally on books and apps for younger children) but the very first book we published was Small Blue Thing by S C Ransom, the first in the Small Blue Thing Trilogy (book two is Perfectly Reflected and book three is Scattering Like Light. It has many of the hallmarks of a particular kind of teen romance – a sort of Romeo and Juliet model: absolute love at (pretty much) first sight and a huge obstacle (Callum is a ghostly dirge, Alex is a normal London girl).

THE YA ROMANTIC FICTION BOOM IN RECENT YEARS

The shape and look of YA bookshelves has been transformed, of course, of course, over recent years by the Twilight series and other romantic fantasy (or “romantasy”) books, and, as some of that shelf-space has been taken up by dystopian fantasy novels, the romance has remained: Katniss and Peeta in The Hunger Games trilogy, for example.

Lots of these YA novels are being read by adults (and there’s an argument that one of the reasons that these YA categories are doing well in ebook form is that adults can “indulge” their desire to read YA novels without it being obvious to a fellow bus passenger that they’re doing so).

Of course, lots of romantic adult novels are read by teenagers and nearly-teenagers.

I write this with two 12 and13 year-old girls on my bed and they nominated the following adult novels that they’d read (or knew through film adaptation) and thought were romantic:

The Go-Between by L P Hartley (there was some debate whether the romance was between Marianne and Ted or between Marianne and Leo.)
Jane Eyre by Charlotte Bronte
Wuthering Heights by Emily Bronte
Sense and Sensibility by Janet Austen (“more than Pride and Prej because it’s easier to relate to Marianne than Elizabeth” said one.)
The Alexander Trilogy by Mary Renault (“We are allowed gay romance, aren’t we?” said one.)
Great Expectations by Charles Dickens (“though it doesn’t really work for them, does it?”)

They didn’t know whether the following were adult or teen novels but they nominated them:

3. BOOKS FOR TEENAGERS ABOUT, OR TOUCHING ON THE SUBJECT OF, LOVE THAT TEENAGERS RECOMMEND

When we talked about books that they definitely thought of as YA, they came up with the following favourites:

The Diary of Anne Frank by Anne Frank, “because the love story {between Peter and Anne] grows regardless of her circumstances and also because it’s the first and last taste of love she’ll ever get.”

The Chaos Walking trilogy by Patrick Ness, “because there’s lots of romance in it as well as Todd and Viola: Lee and Viola; Bradley and Simone; Ben and Cillian; and 1017 and his ‘one in particular’.”

The Anne of Green Gables series by L M Montgomery, “because it’s the blossoming of their love from hate and it’s all innocent and pure and we know before she does how much she loves him.”

The Little Women series by Louisa M Alcott, though the real romance there is the unrequited love of Teddy for Jo, not the realised love between Jo and Professor Bhaer, was the consensus.

How I Live Now by Meg Rossoff “because the love isn’t too sentimental, and it’s quite frank and honest, and because they don’t shut out the whole world so it feels more real.”

Bloody Jack by L A Meyer, “because you really like Jack/Jackie the love story’s so unexpected and it’s written in a way that works for 11 and 12 year-olds because it’s romantic but not so that you feel sick.”

The Mortal Engines books by Philip Reeve, “because the love transcends everything, regardless of what Tom and Hester do to other people and because Hester isn’t exactly conventionally beautiful but Tom still loves her.”

Tristan and Iseult by Rosemary Sutcliff, “because of the last paragraph: ‘And out of Tristan’s heart there grew a hazel tree and out of Iseult’s there grew a honeysuckle and they arched together and clung and intertwined so that they could never be separated any more.’” (I have to say that my own Rosemary Sutcliff romantic memory is the powerful and unconventional romance between Aquila and Ness in The Lantern Bearers – he doesn’t know he loves her until he’s lost her.)

The Noughts and Crosses quartet, because “the books are absolutely compulsive, and the future generation right the wrongs of the earlier generation: you know from the beginning that Sephy and Callum is never going to work out, but you know that the next generation will make it work, because Callie Rose falls in love with Toby. It’s a bit like Wuthering Heights. And Callum loves Sephy so much that he writes the letter that says that he hates her to force her to get over him – they’re really young, and they don’t really understand and they have been brought up in an environment with hate not love, so they find it hard not to mix up love and hate.”

I asked if they could think of anything funny, as these all seemed rather serious.

The named Just William (William and Joan, and William and Violet Elizabeth) and the crushes in Louise Rennison’s novels (and actually one of them said, “Twilight is funny”), but examples of a link between humour and lurve didn’t come as easily as examples of tragic love. They hadn’t, it turned out, read Adrian Mole.

I should say that they think that children of their age shouldn’t have read some of the books that they’re talking about, because “they’re for older children and teenagers, really”.

So what would you nominate?

Another stage in the making of an illustrated book (Playbook Farm)