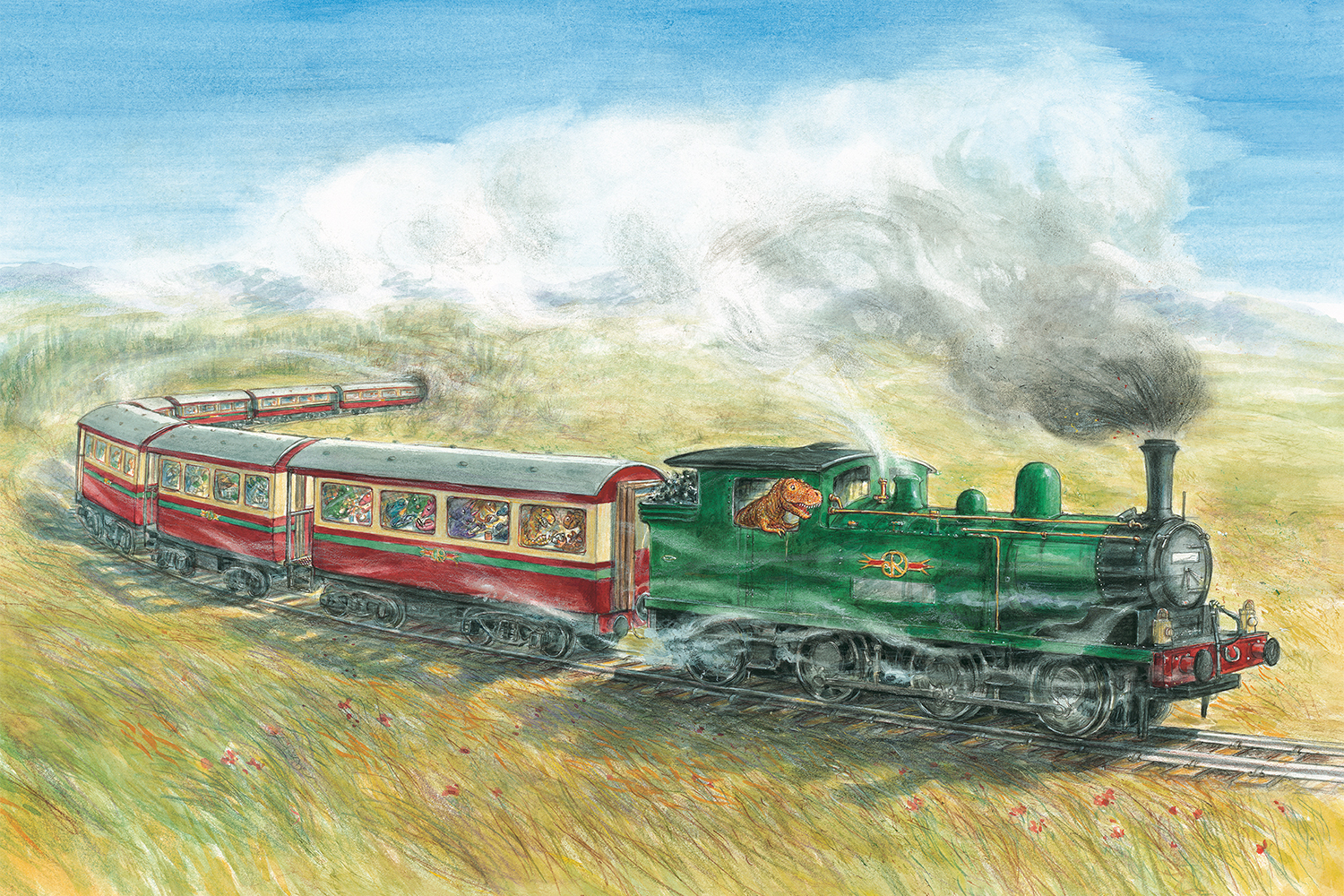 The best trains (and train journeys) in children’s books

I think I must be going through a bit of a nostalgia kick, because last week I happened to re-read Emil and the Detectives, written by Erich Kästner and illustrated by Walter Trier, and I’ve just this week dug out my old copy of The Wolves of Willoughby Chase by Joan Aiken.

I’m ALSO in the middle of a re-read of Little Bits of Sky by S.E. Durrant, the incredible debut that we recently acquired.

And I have very hesitantly (yes, I have far too many books on the go at any one time) begun reading Go Set A Watchman by Harper Lee, the early draft of To Kill A Mockingbird about which I have Many Reservations.

It occurred to me yesterday that, of course, the unifying theme in these five books is scenes set on trains. They all feature – with varying degrees of prominence – train journeys: First Class Murder is set on the Orient Express; Emil is the victim of a theft on the train to Berlin, setting the events of the rest of the novel in motion; The Wolves of Willoughby Chase opens with a terrific night-time train scene; the siblings at the heart of Little Bits of Sky take several train journeys throughout the course of the novel, carrying them gradually towards a new life; and Go Set A Watchman begins with an adult Jean Louise Finch – Scout – returning home by train to visit her elderly father, Atticus.

I’m not entirely sure of what makes train journeys such excellent plot vehicles (ba-dum tsch…) in children’s or adult books, but I’m not one to ignore my subconscious, and five – five! – books in a row with trains is NO COINCIDENCE if you ask me: evidently there is something uniquely appealing about trains as literary devices. Is it something about the enclosed space? The fixed destination? The enforced encounters with strangers?

Inevitably (I say “inevitably” because having to produce material for this blog every day means that the slightest sign of a trend in children’s books will leave me looking to turn it into 500 words) this had me thinking about other children’s books with train journeys.

The most famous train in children’s literature must be The Hogwarts Express, I suppose – and deservedly: it is the scene of some of the Harry Potter series’ most important and dramatic moments, from the first meeting of Ron, Harry and Hermione (I think…), to their first encounter with a Dementor (again, I’m going from memory here).

I’m not sure if it counts as a children’s book (I guess I read it when I was about 11 or 12, after watching the film), but my FAVOURITEtrain book is, without a doubt, Agatha Christie’s Murder on the Orient Express, which left me desperately wanting to make the same journey from Istanbul, and provides inspiration for the setting of First Class Murder.

I suppose it’s also sort of cheating to list A Bear Called Paddington here, but I can’t help it: even if train journeys do not themselves play an integral part in the story, one particular train station certainly does.

And there are absolutely no shortage of trains in picture books, although my heart belongs to the incredibly dramatic Dinosaur Rescue! by Penny Dale, which features a speeding steam train in a truly pivotal role:

If you have a favourite train book that I’ve left out, please do share your favourites below or on Twitter – I would love to hear your suggestions.

Tune in to Down the Rabbit Hole tomorrow!