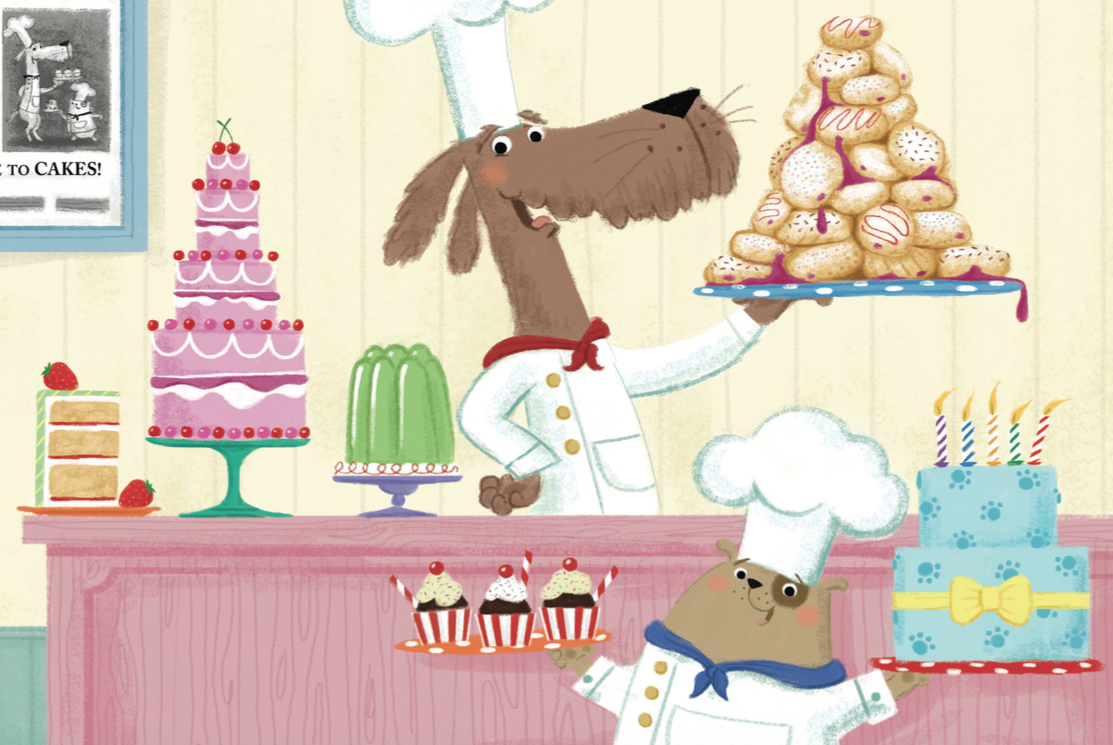 Along with seemingly everyone in publishing, us Nosy Crows are a group of confirmed Great British Bake Off obsessives. So much so that we have a sweepstake running (arranged by Ruth and Victoria): we’ve all been assigned a Bake Off contestant, and the week that our baker is eliminated, we have to make a cake. We’re only in week two, and already I can see that it will get VERY competitive.

For the first two weeks (when the baking that takes place on Bake Off has been relatively straightforward) there has been an EXTRA element of challenge, in that we’ve baked the cake featured on that week’s episode of the show… something that I don’t imagine will continue into the semi-finals (I will be truly impressed if anyone here produces a Swedish Princess Cake). 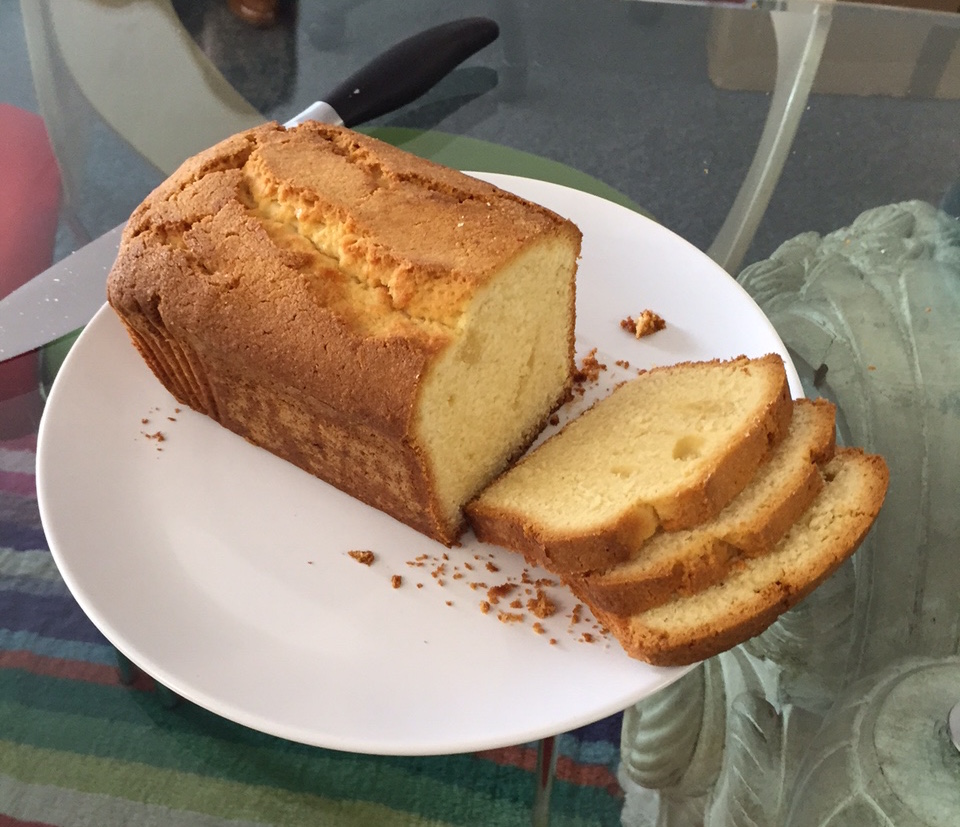 And here’s this week’s biscotti, which I made with Paul Hollywood’s recipe: 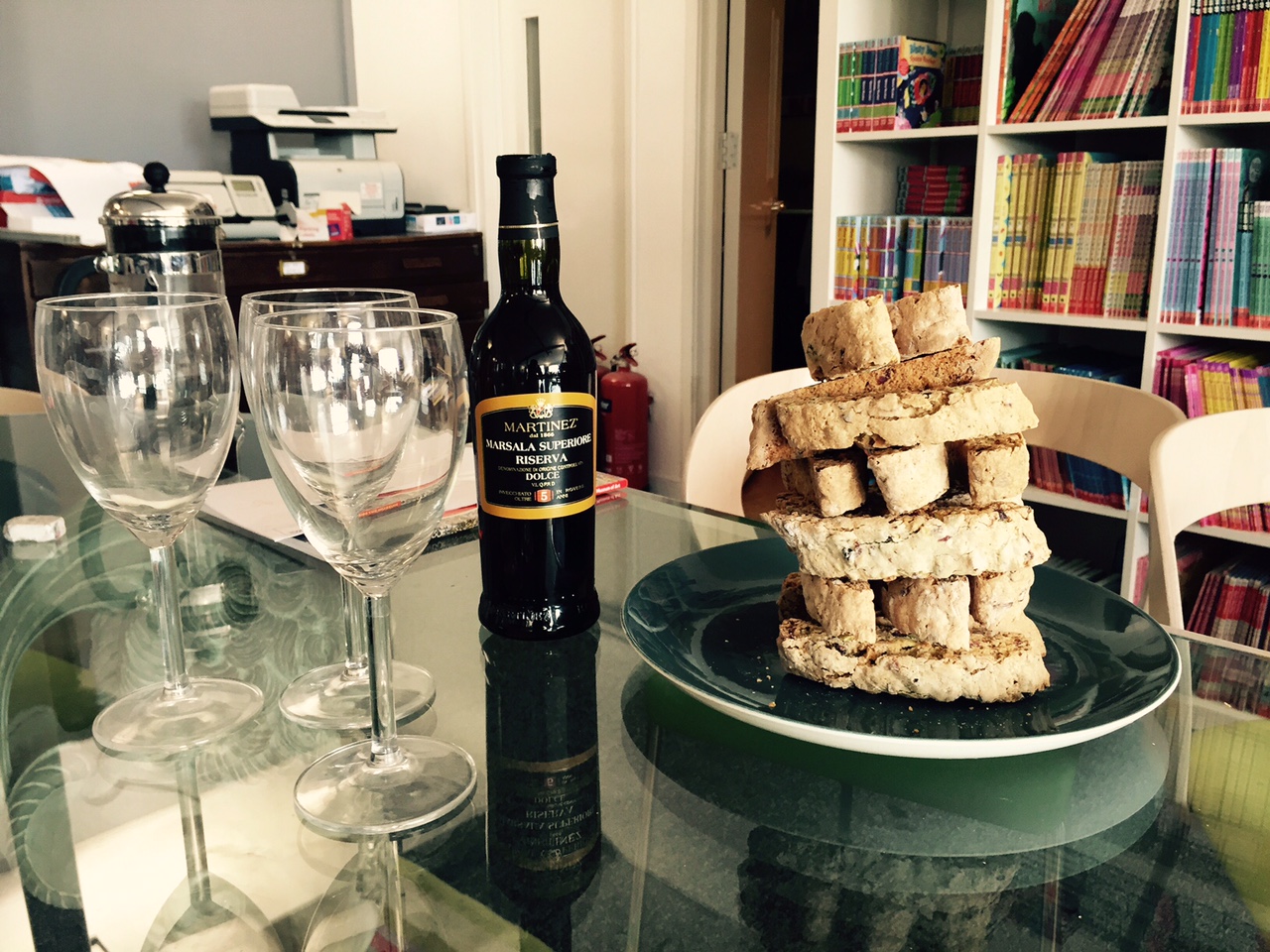 I can’t say that the biscotti was an unqualified success, but it did give us all a reason to start drinking Marsala before midday.

I believe that the theme for tonight’s episode of Bake Off is bread… so expect to see our own efforts appear on the @NosyCrowBooks Twitter feed in the next week.

Baking features particularly prominently in our Shifty McGifty and Slippery Sam picture books, written by Tracey Corderoy and illustrated by Steven Lenton, and so it’s no surprise to see that Shifty and Sam, the robber dogs-turned-bakers, have been getting into the spirit of things themselves:

Steven will be the subject of the very first Nosy Crow Illustrator Salon next month – you can find out more here and book tickets below (it’s nearly sold out):

Happy Bake Off day, everyone!