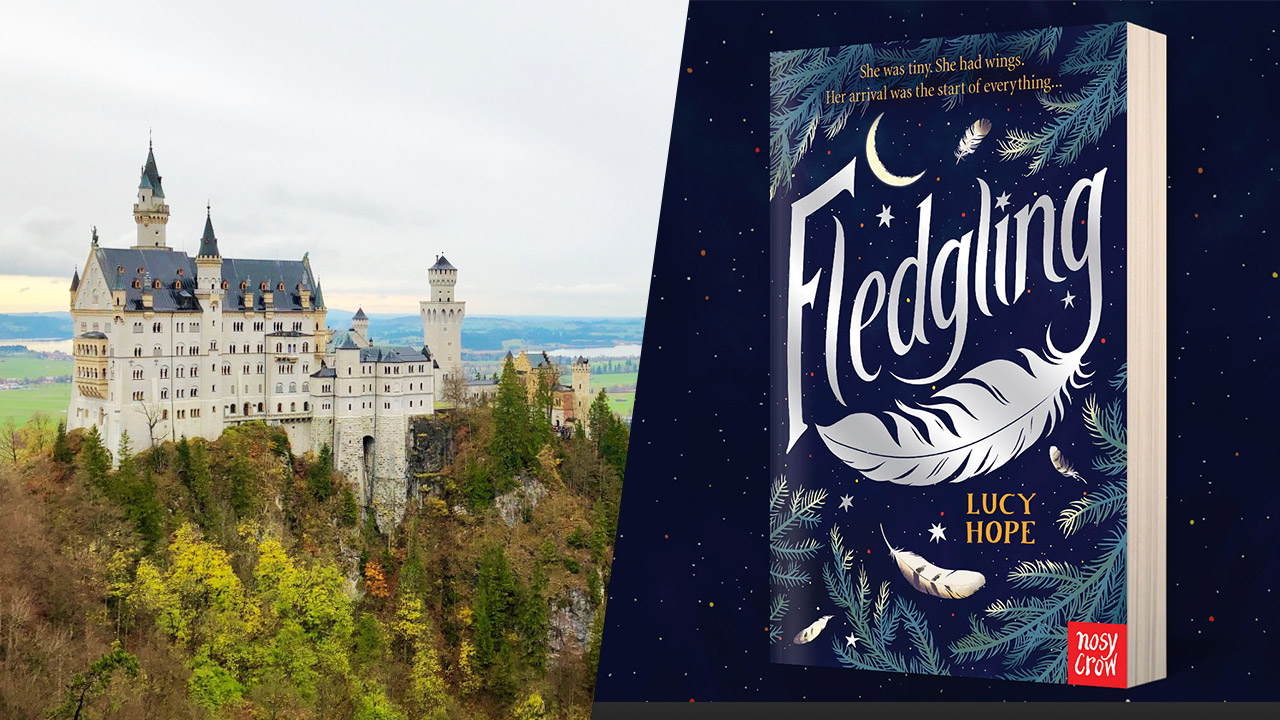 This month we’re absolutely delighted to have published Fledgling – a dark, gothic tale set deep in a Bavarian forest, filled with mystery, magic, owls, and a boy who isn’t all that he seems. And today we’re very excited to be sharing a piece from author Lucy Hope on the places that inspired the beautiful, often enchanting setting of this wonderful new middle-grade adventure.

My debut novel, Fledgling, is set in Bavaria in Germany in an unusually tall house on top of a rock overlooking the fictional Bratvian Forest and the imaginary town of Edenburg. Cassie Engel’s house is, in my mind, a smaller and more ramshackle version of Neuschwanstein Castle, a real fairytale 19th-century palace that sits on a hill above the village of Hohenschwangau in southwest Bavaria. I love how the little towns in that area are often dominated by tall rocks that could easily have a house perched on top if someone had the means and imagination to build one. Edenburg was inspired by the beautiful town of Rothenburg ob der Tauber, a place I’d love to visit one day! 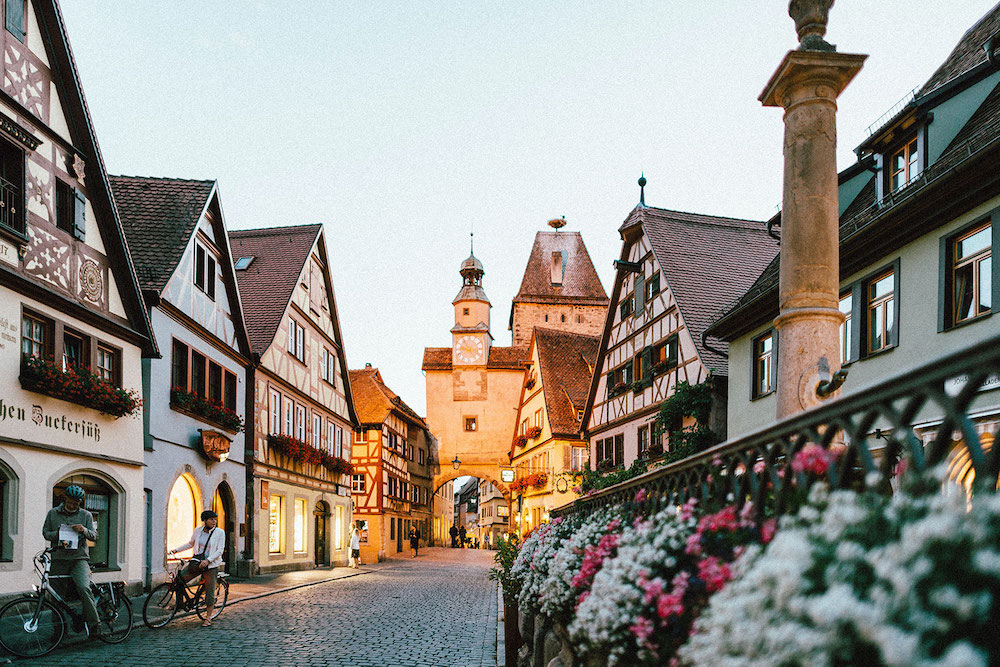 I hadn’t been to Bavaria when I wrote the first draft of Fledgling, but had fallen in love with Germany when I’d stayed in Menden, near Cologne, on a school exchange in my early teens; I’ve never forgotten the kindness of my host family, despite the visit being so long ago. When I was editing Fledgling, I was able to visit Munich, Neuschwanstein Castle and Hohenschwangau, allowing me to add more detail to the story. I even got to taste Leberknödel when I was there, the dish neither Cassie nor her mother are very keen on!

I grew up in North Wales and loved family trips to visit my great uncle who lived in an isolated house on a mountainside in Snowdonia – you can take a look here. When he bought his ancient house in the 1960s it was a ruin, but he re-built it, bringing up the building materials by his own steam train on the Ffestiniog Railway. There was initially no road to get to the house but he managed to get permission to blast a road out of the rocky mountainside using dynamite. There’s no way he’d be allowed to do such a thing now in a national park, but the road remains to this day, with its twists and turns and hairpin bends, for anyone brave enough to drive up it. This road was the inspiration for the helter-skelter road that leads up to Cassie’s house.

I’ve never been to a house quite like Cassie’s, so that was entirely a figment of my imagination. I decided to create a house that reached high up to the sky, one that could be buffeted by the weather, and was tall enough to allow a creature from another world to arrive in a thunderstorm. I loved imagining how the Engel family might have designed and built the contraptions that would make living in their house a little easier. The idea for the zip came from thinking about firemen’s poles and how they help them shoot down through the fire station at great speed – I just had to think of a way to make Cassie’s ‘lift’ a little more controllable than this and to enable a way for the family to travel back up through the house – and hence the steam-powered zip was born!

When I was twelve, my parents inherited an ancient and very leaky house in North Wales, close to the little cottage we’d previously lived in. Every room was filled with strange and sometimes macabre items: tiger skin rugs, chests full of decaying hundred-year-old dresses, display cabinets piled high with curiosities and cracked glass cases containing the remains of stuffed creatures. Portraits of stern-looking ancestors hung in long dark corridors, and desk draws were still filled with letters and other paperwork belonging to previous generations, some dating back hundreds of years. I didn’t realise until I was halfway through writing Fledgling, how growing up in this house inspired much of the setting for the novel.

Many of the sensations of my childhood – the smell of stale tobacco, the little plumes of dust rising from threadbare carpets as you stepped across them, the years of oak smoke absorbed into fading sofas, the toe-curling and ever-present chill of an ancient building – these were all a part of my experience of growing up and so it seemed quite natural that they found their place in Fledgling.

I spent much of my early childhood in Wales playing in the woods near our cottage, building dens and having adventures. I was always terrified of getting lost when we ventured too deeply into the woods, but was always a little fascinated by the secrets that might be lurking there! And I loved the idea of one day finding a long-lost cottage with smoke curling from the chimney and a strange recluse within its walls.

The setting for Fledgling came to me before the story did, and getting it right was just as important as making the story exciting and the characters interesting. Luckily, my slightly peculiar childhood, and that brief visit to Germany as a child, gave me plenty of ideas and inspiration that helped to bring Cassie’s strange world to life.

Thank you, Lucy! You can order a copy of Fledgling from Waterstones here, Bookshop.org here, or Amazon here.