The Same But Different Too has been shortlisted for a Sainsbury's Children’s Book Award! - Nosy Crow Skip to content 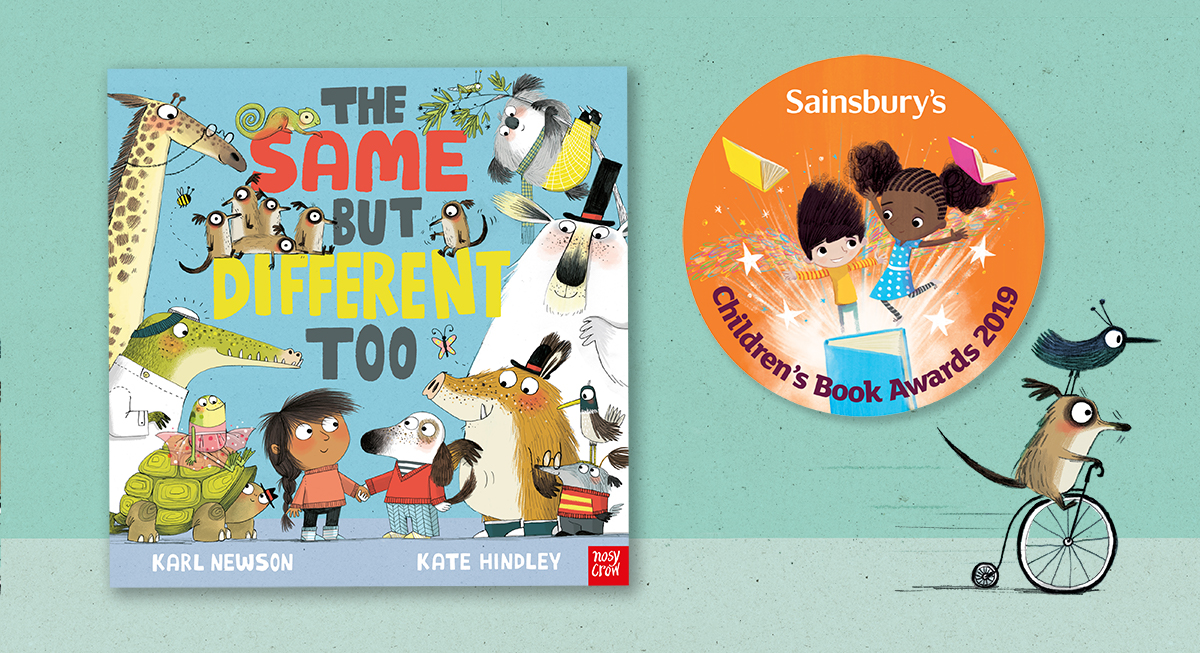 The Same But Different Too has been shortlisted for a Sainsbury’s Children’s Book Award!

The shortlist for the Sainsbury’s Children’s Book Awards has just been announced, and we’re thrilled that The Same But Different Too, written by Karl Newson and illustrated by Kate Hindley, has been recognised in the Baby and Toddler category!

Now in their sixth year, the Sainsbury’s Children’s Book Awards in partnership with BookTrust aims to highlight the best children’s books for families to share together.

Jill Coleman, BookTrust’s director of children’s books, said:  “This year, we have had more nominations than ever; the shortlist is fantastic and it’s going to be a very tough job to pick the winners in August.”

And with such competition, we’re so excited that The Same But Different Too has made the shortlist!

With charming, brilliantly witty artwork and hilarious rhyming text, this funny and heart-warming picture book is a wonderful way to introduce children to opposites and comparisons.

These children and animals are all very different to each other. Some are big, some are small. Some are gentle, some are rough. Everyone is playful, but who’s the best at hiding? One thing’s certain: they all love a good bedtime story! The perfect picture book for little ones who are just beginning to make sense of their place in the world.

The award winners will be announced on the 28th of August – you can find out more about the prize, and see the full shortlist, here.

Here’s a look inside The Same But Different Too:

Take a look inside WildLives: 50 Extraordinary Animals that Made History