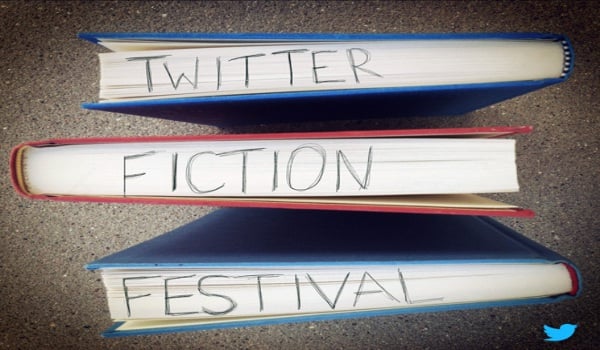 A month or so ago I saw a little tweet on my feed. “Click here to enter the Twitter Fiction Festival” it said. I investigated immediately, being (like Nosy Crow) a big fan of all things Twitter, and found out that the social networking site were challenging writers worldwide to come up with stories – any genre, any form – which they could tell in 140 characters. They wanted a quick pitch – so I had a think and came up with an idea.

Since myths are what I love best, I told them I’d take on the challenge of writing 100 Greek myths in 100 tweets. Simple, I thought airily, as I pressed the send button. A month or so later, I got an email. “We like what we’re hearing,” said the Twitter people. “Tell us more.” That was when it got a little trickier. How was I going to do this? How could I condense these amazing stories into 140 characters (including the #twitterfiction hashtag)? I wrote a longer, much more detailed pitch, and decided that the only way to do this was to turn the myths into tabloid headlines. Sacrilege? I don’t think so. These ancient stories are full of just the kind of scandal the tabloids of today love. Zeus is always having torrid affairs (sometimes with his close relations), or turning into a seductive beast. There’s murder, there’s jealousy, there’s war, there’s abduction, there are amazing catfights between goddesses, and, in general, more godly (and human) shenanigans than The Sun can shake a stick at. It’s material newspaper editors can only dream of in real life.

About a week ago, I received a Top Secret email telling me that I’d succeeded. I’d been chosen as one of the 29 global participants who would be the official Twitter Fiction Festival writers, and last night Twitter made the announcement. It was a slightly nerve-wracking moment – because now I was actually going to have to come up with the mythic goods. I put everything else on hold, and started scribbling. The intellectual challenge of condensing the stories surprised me, but in the end I found it came down to finding the essence of the tale and cutting out everything else. Luckily I had the book I’d already written – Atticus the Storyteller’s 100 Greek Myths – to hand as a ready reference guide.

I really hope I’ve succeeded in shining a fresh light on these wonderful, timeless stories – and that some of the people reading my tweets will want to go and discover more about them. No doubt the #twitterfiction audience will let me know loud and clear whether I have! Anyway, the die is cast now. I’ve scheduled all my mythic tweets, and I’m proud to say that I’m kicking off the whole Festival with my very first tweet being read out at 1.40pm today on Radio Four’s The World at One. If you’d like to follow the proceedings, I tweet as @lucycoats.

Hooray for Twitter, I say, for backing and promoting this brand-new way of telling stories. I can’t wait for it all to begin, and I’d love to hear what all of you think too!