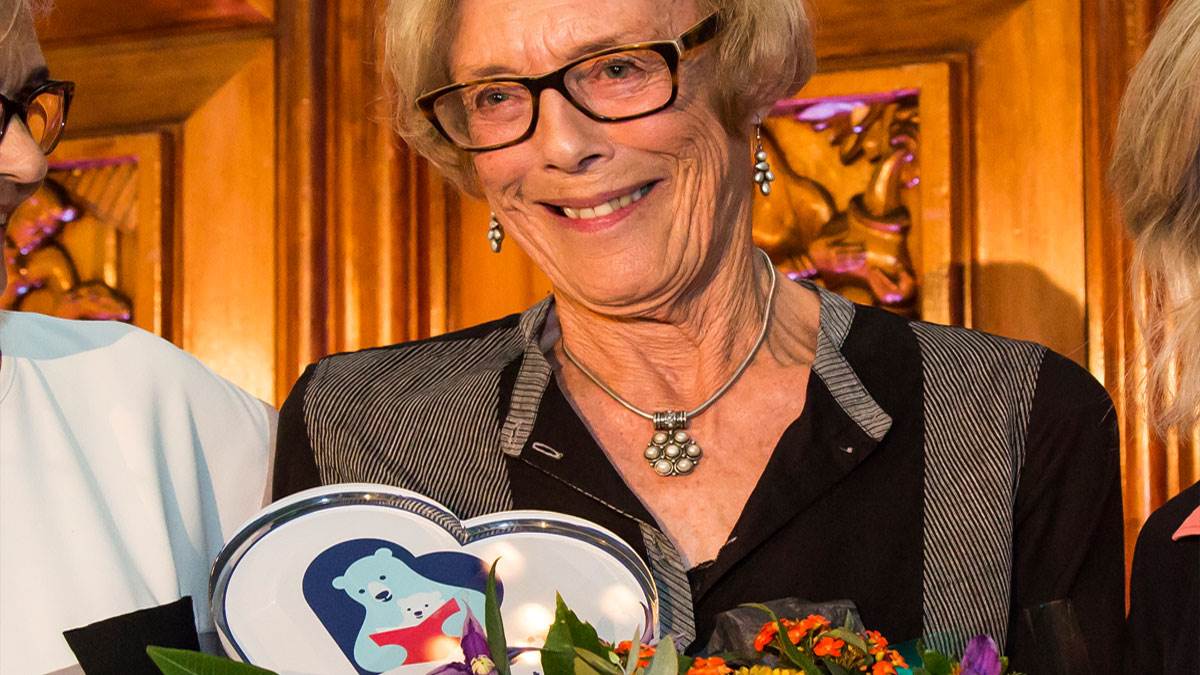 It was announced yesterday that Wendy Cooling, the founder of the Bookstart programme, has passed away. Below, Nosy Crow’s editorial director, Camilla Reid, and head of sales and marketing, Catherine Stokes, pay tribute.

When I read this morning that Wendy Cooling had died I literally gasped – a proper, audible intake of breath. And I realise now that I did so for two reasons. Firstly, I was sad – I didn’t know Wendy well, but I liked her very much, and so I felt a sharp spike of personal loss. But the second reason was because I was shocked – because I think I almost felt that it was impossible for Wendy to actually die. This is bonkers, obviously, but anyone who ever met her cannot have failed to notice in Wendy a vitality, a force of positive energy that is rare to encounter and would fool you into thinking it would go on forever.

Wendy, as you may well already know, had taught English at secondary school before she left to go to Booktrust. I would bet good money that she was a wonderful teacher and I’m guessing that she transformed individual lives on a regular basis. But Wendy was a traveller, an explorer, both physically (she had endless tales of her adventures round the world taken in those long school holidays) and intellectually, so it isn’t a surprise that she had ambitions to affect change on a grander scale.

Driven by a fierce social conscience and backed by the scientific research which proved that babies who’d grown up with books went on to do better at both English AND Maths at all stages of school, Wendy made it her mission to get books into children’s hands. She admitted that she literally carried books in her handbag so if she met a bored child on a bus or a train, she would whip one out and read to them.

Of course, she went on to set up, and drive forward, Bookstart, a ground-breaking scheme that distributed books to every child in the country at their NHS health checks. Only someone with the unique combination of drive, expertise and charm could have managed to launch such a huge, ambitious project, and the project has benefited millions of children not only in the UK, but around the world, having been taken up by many other countries too.

I would meet Wendy regularly over the years to go through whichever list I was working on in order for her to select titles for the Bookstart packs. Presented with a huge stack of books to choose from she would, in her intense, bird-like way, scrutinise each title and ruthlessly (but kindly) discard those that were unsuitable until she had her perfect choices – usually just one or two books. The process was quick but thorough, complex – would it work for the baby was her priority, but also would it be fun for the parent or carer to read? Would all families enjoy it or would it exclude anyone? Would it work for the Bookstart budget? The child’s perspective, the critical eye, the rigorous ear for good text, have all stayed with me and continue to inform my choices every day as I write and produce my list at Nosy Crow.

I regret that I never found the chance to tell her how much she influenced me and to thank her for teaching me so much. We would probably all love to say that we had positively changed the world – I will settle for knowing that I worked with someone who genuinely, palpably did so.

I met Wendy through Booktrust, very early in my children’s books career, and I remember her skill and knowledge shining out to me from our very first meeting. So much so, that I can recall the exact location. But this is a personal tribute to one of incredible warmth and magnetic bonhomie.

Wendy watched my baby grow, peppering his shelves with, of course, the very best books, and marked with incredible detail his every milestone. She listened animatedly, as only a dear friend could, to hours of whatever was preoccupying me at the time. (‘He’s definitely a keeper’, she later pronounced after meeting my soon-to-be husband!). I’m only sorry we never got our long standing plan to go to India together off the ground, Wendy. I, like Camilla, just expected you to be there forever.

Nosy Crow is proud to announce a vibrant and vital upcoming picture book from Patrice Lawrence, Granny Came to England on the Empire Windrush