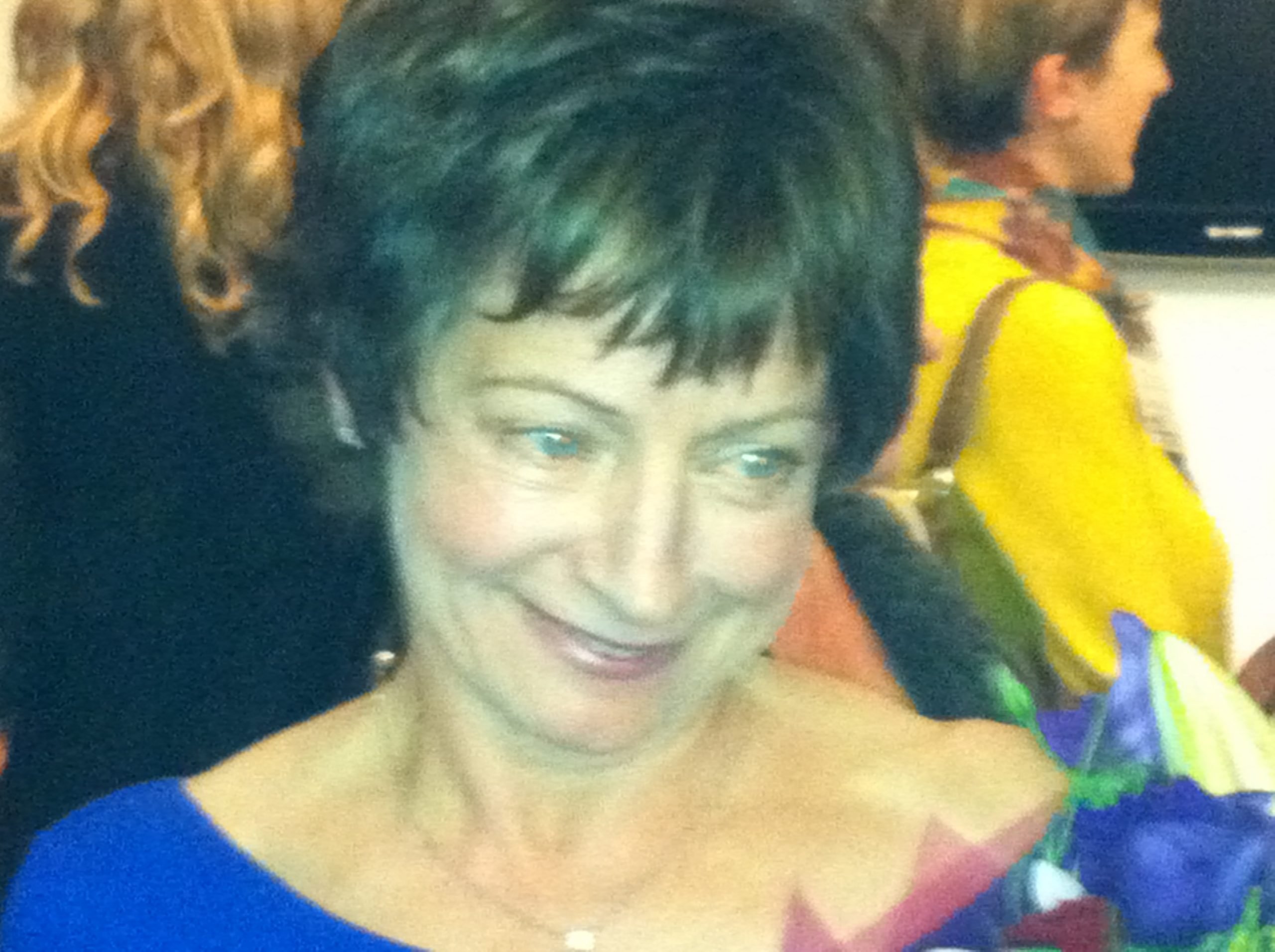 References to invisibility cloaks seem to be topical. The creator of the most famous invisibility cloak, J K Rowling, is much in the news as the publication of her book for adults approaches (and you sense from the evidence she gave to the Levenson enquiry that she wished she’d had invisibility cloaks for her whole family). Meanwhile, a week or so ago, William and Kate both said – I think independently, but I am not that much of royal-watcher, to be honest – that they’d choose invisibility as their special power.

Last night at the Children’s Book Circle’s Patrick Hardy Lecture, Marion Lloyd, editorial director of Marion Lloyd Books spoke of her fondness for the cloak of editorial invisibility, which she’d worn for 30 or so of her 40 years in the book industry.

In a warm and funny lecture, she described her“accidental” career in publishing, starting as a shorthand typist at what was then William Collins and Sons and ending with her imminent retirement from her role as head of her eponymous imprint at Scholastic. She described some of the enormous changes that had happened in the industry and in the workplace since the days when the photocopier was judged too precious to be operated by anyone other than the post room manager or to photocopy anything – like a manuscript – that didn’t absolutely need photocopying.

She spoke about the satisfaction she derived from being completely behind the scenes, acknowledging that one of the challenges of setting up Marion Lloyd Books was that it required her to throw off her invisibility cloak to be the face of the imprint.

She said she liked it that the reader of the books she edited gave no thought to the editorial work that had been done to shape and change a book: that they didn’t know that the grandfather had once been a grandmother; that the chapter at the beginning had once been in the middle of the book; or that the title had been completely different.

And sometimes that work was really extensive. She spoke about sitting across her kitchen table from Sharon Creech many times for a period of a year or more, as Sharon, who’d already written some light teenage fiction, smoked endless cigarettes and occasionally cried as she and Marion worked through the challenges of a more complicated novel that she was writing and rewriting – the book that became the Newbury Award-winning Walk Two Moons.

She said that she made use of two brains – the “child brain” that she used for first readings, that simply responded emotionally to characters and stories, and then the “editor brain” that she could switch on to examine a manuscript more analytically, working out how to make it better, and thinking about it in a commercial context.

She spoke of the importance of making authors feel cared for, saying that she always tries to read a manuscript by one of her authors the day it arrives, “and if you can’t do that, tell them.” She said that one of the greatest compliments an author ever paid her was when Elizabeth Laird said that she’d forgotten that Marion worked with other authors.

But she spoke, too, of the importance of not being carried away by emotion. She described receiving a copy of a pony book that she had adored as a horse-loving child from an author to whom the rights had reverted, asking Marion if she’d like to republish the book. She was hugely excited at the prospect… until she reread it, and realised that it wouldn’t work for a modern audience.

She spoke of her determination never to be sucked too far from the sleeves-rolled-up elements of editing: at various points in her career, she’d been offered management roles she’d refused, and, when she was working with me at Macmillan and felt the management element of her role had become too big, we agreed she’d swap roles with her deputy, Sarah Davies, and go back to the hands-on editing of her own authors.

She said she’d been particularly reluctant to be distracted from editing because she’d stuck doggedly to her determination to work a three-day week after she became a mother (her three grown-up children were all in the audience), holding senior positions at times when women working part-time were often overlooked.

She spoke with honesty, and often with self-deprecating humour, about her mistakes, from sending to Malcolm Saville his marked-up manuscript… with the memo containing his hardback editor’s dismissive assessment of his latest work attached to it, through being the boss of whichever intern or editorial assistant (allegedly) rejected Harry Potter, to “losing” Sharon Creech to Bloomsbury after a lukewarm response to a novel: “I took her for granted.”

Sharon was one of many authors that she recalled with respect and fondness – including Philip Pullman, Celia Rees, Ally Kennen, Sally Nicholls, Georgia Byng, Lian Hearn – but, if editors are allowed to have favourites, then I think it’s fair to say that her favourite author was Eva Ibbotson, whom she really loved.

In fact, she mentioned love a lot in her lecture and one of the last things she said was that, in her view, when really successful publishing happened, there was generally a lot of love.

I had the pleasure and privilege of working with Marion for 14 of her 40 book industry years. I managed to lure her away from her role as a buyer for Red House Books, then under the leadership of David Teale in 1995 to join Macmillan where I was Managing Director, and then she came with me when I left Macmillan in 2004 to join Scholastic. She is commercially savvy; passionate in her tenacious defence of, and advocacy for, her authors; an editor of great taste and enormous skill; a terrific mentor and trainer to younger members of staff (a number of senior UK publishing executives, including Rebecca McNally and Rachel Denwood, began their careers as her assistant); and a funny, balanced, popular and caring colleague.

She’ll be very much missed when she leaves the industry in November.

(I think it’s likely that the full speech will be made available at some point. When it is, I will link to it, and retweet this post.)

Our website has had over a million page views