Which children's author would you most want to have lunch with? - Nosy Crow Skip to content 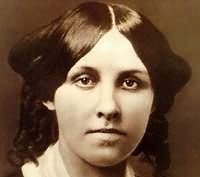 Which children’s author would you most want to have lunch with?

I was interested to see, in Saturday’s The Guardian, that if you email [email protected], by noon on 18 June 2013 (so you’ll have to be quick!), with Morpurgo in the subject line, and you include your name, address and telephone number in the body of the email, you could win four tickets (a minimum two of which would be for children under 16) to lunch at the Savoy hotel with Michael Morpurgo on 6 July at 12.30pm. Kids also get a signed book and chocolate. This is one of a series of literary lunches, The Guardian says: you could win lunch with Lauren Child and Judith Kerr at some point in the future.

This seems pretty great to me.

But it made me wonder which children’s author or illustrator, in an ideal dinner party sort of way, it would be great to have lunch with. In my donkey’s years in children’s publishing, I have already had the privilege of eating with lots of amazing, well-known authors and illustrators – Philip Ardagh, Philip Pullman, Philip Reeve (spot the pattern?), Sharon Creech, Axel Scheffler, Rumer Godden, Meg Cabot, Jenny Valentine, Charles Causley, Julia Donaldson, Michael Morpurgo, Frank Cottrell Boyce, Judy Blume… I could go on, but I sort of feel I’ve name-dropped enough. And of course I’ve also managed at least a cake or two with many of our Nosy Crow authors and illustrators.

If we’re talking living authors or illustrators, I would have to say J K Rowling and Quentin Blake would both be high on my lunch companion wishlist – the first, in particular, I know is pretty predictable. Susan Cooper and Patrick Ness would be up there too, though.

But you’re allowed to have people who are no longer alive at ideal dinner parties, and I think this is allowed here too (hey, I am making the rules). After serious consideration of Maurice Sendak, Lewis Carroll, Hans Christian Andersen and A A Milne, I think I am going to go for Louisa M Alcott (pictured above – strong face, I think). But that might just be because Kirsty, Tom and I had a disagreement recently (while washing up after our first reading group meeting) about whether or not it was a terrible disappointment that Jo marries Professor Bhaer rather than Laurie.

My older child had to choose between the list she compiled of Susan Cooper, L M Montgomery, Rudyard Kipling (“for Kim”), Michael Ende or Dodie Smith. She went with L M Montgomery.

My younger child says she’d like to have lunch with Dodie Smith, Adeline Yen Mah, L M Montgomery or Esther Hauzig. But if she could choose to meet anyone who wrote a children’s book, it would be Anne Frank. She also points out that she’s said “Hello” to J K Rowling, that “Lewis Carroll’s a weirdo”, and that, of my choices, Hans Christian Andersen is the one to go for.

If you could choose a children’s author or illustrator to have lunch with, who would it be?