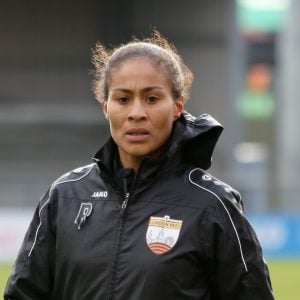 Rachel is a tremendous ambassador for football and at one time was the highest capped player in England across both the men’s and women’s game.

Starting her career at Arsenal she moved on to short spells in Canada and the USA before becoming the first professional female footballer in 2000 when she joined Fulham. Rachel then joined Birmingham before returning to Arsenal.

Rachel runs her own business coaching football in schools and is very passionate about her work and having a positive impact in education. She is involved in various campaigns outside of football utilising interest in the game to reach wider issues.

Also well known for her media work as presenter of Cbeebies ‘Footy Pups’ as well as doing punditry for the BBC, BT, SKY, ITV and as a guest on various other shows and news shows.

How to Be a Footballer and Other Sports Jobs