The body seemed to fall for a long time. There was no splash, or if there was it was lost in the waves. Isobel was frozen to the spot for a moment – and then her common sense caught up with her, and she stepped back quickly into the shadows.

When Isobel Petty is orphaned, she finds herself being taken away from her home in India and sent to live with a distant uncle in England. On board the S.S. Marianna, she witnesses a shocking act – somebody being thrown overboard in the middle in the night. But when the ship’s captain insists that nobody is missing, Isobel and her two new reluctant friends must solve two mysteries – the identities of both the murderer and the victim – before they reach England and the culprit has the chance to escape.

Inspired by The Secret Garden and the golden age of crime writing, The Secret Detectives is perfect for fans of Robin Stevens and Katherine Rundell.

“A thoroughly entertaining mystery and a heartening story of friendship. I loved it.” – Katherine Woodfine, author of The Mystery of the Clockwork Sparrow

“A charming historical mystery, one for fans of Robin Stevens.”

“This reads as if Agatha Christie had stumbled into The Secret Garden.”

“This is a gripping historical mystery for readers of 8+.”

“The Secret Detectives is a gripping Middle Grade mystery with hints of Nancy Drew and The Secret Garden intertwined in its gripping plot.”

“Written with a light touch, The Secret Detectives raises questions about Empire, race, gender and class – no mean feat for what is also a thoroughly entertaining mystery and a heartening story of friendship. I loved it.”

“This prequel to The Secret Garden has a wonderfully prickly heroine and writing that sings..”

-Laura Kilner, The i 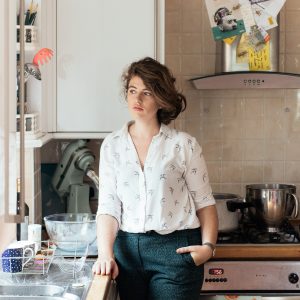