In Where’s Mrs Ladybird?, you’re on the look out for Mr Caterpillar, Mrs Bee, Mr Snail and Mrs Ladybird herself! 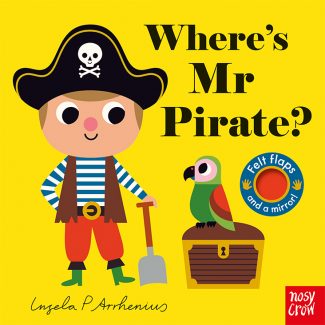