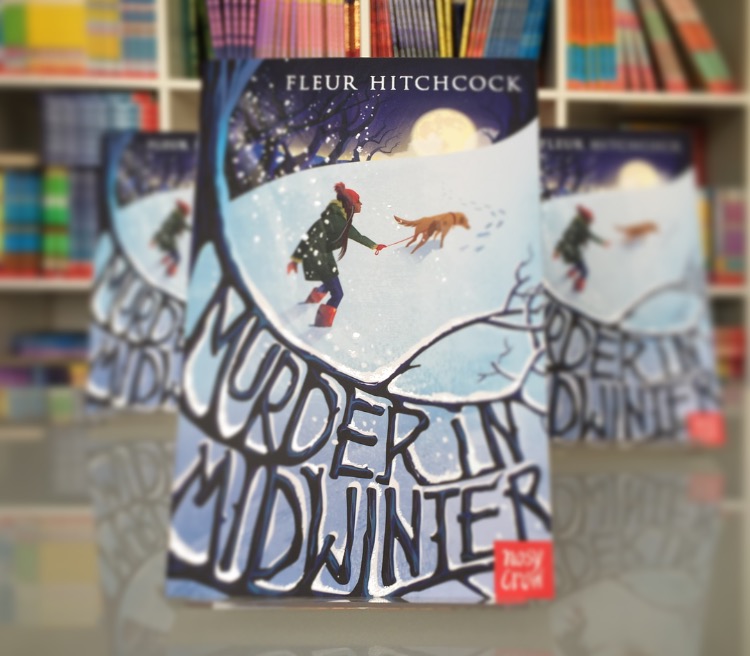 Today’s guest post is by author Fleur Hitchcock, who this week won the Leeds Book Award in the 9 – 11 category for her latest book, Murder in Midwinter.

I’m writing this on the train on the way home from the 2017 Leeds Book Awards.

Earlier this week I took the train north, quite sure that I was going only to show solidarity with a brilliant event and to celebrate making the amazing short list.  I’d have been more than happy with that and I was quite sure I wouldn’t win, that I didn’t stand a chance, because this was the shortlist:

Cogheart by Peter Bunzl, Invisible Inc  by Steve Cole, A Library of Lemons by Jo Cotterill, Max Helsing, Monster Hunter by Curtis Jobling, Beetle Boy by M.G. Leonard (M.G. didn’t come because it was her birthday), and Murder in Midwinter. But it felt very nice to be up there with the others, and I really enjoyed being there. So when the winner was read out, I was thinking about lunch, and coffee, and whether I’d have time to get to the Headrow to look at the Leeds craft Gallery.  I was ready to listen to a winning speech.

I was not expecting to have to deliver it.

When Murder in Midwinter was read out, I blushed, panicked and garbled something incoherent in which I failed to acknowledge the others on the shortlist, and failed to thank the incredible Leeds School Library service,  and someone took shockingly unflattering video footage (you can find it on twitter – I’m not going to put it here!) and I generally made a complete idiot of myself.

Seconds later came the flood of eager children – masses of them, boys and girls. So many of them buying the book despite having read it! So many saying congratulations, some having their photos taken with me, some giving me drawings, showing me their books. There were year 5s and year 6s some of whom had read the book three times!  There were children who were completely tongue tied, and others who couldn’t stop talking.  They discussed how they had voted (because the Leeds Book Award is all about children voting. You can find more detail on the awards here ) some of them  discussed the book. They told me about the parts of it that they loved the best.  They also told me about their dogs and cats and sisters and hamsters and friends.

To be honest, it’s a bit of a blur, but I do remember one very serious boy telling me that he’d voted for Murder in Midwinter  “because it was different, real, exciting. ”

Stunned, I signed. Smiled, and gazed at my trophy in disbelief. 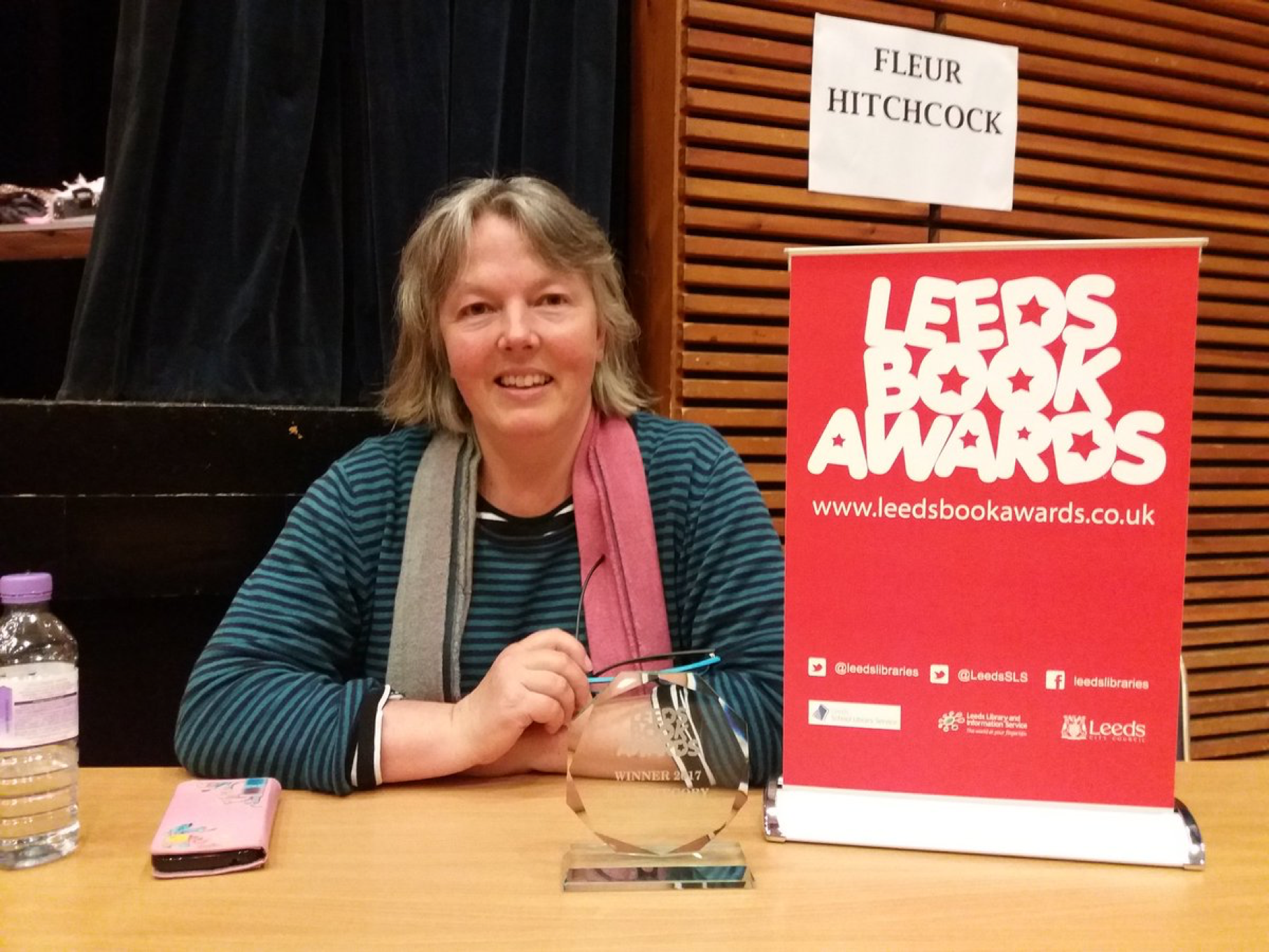 Afterwards I gave a garbled interview to a team of filmmakers, ate sandwiches, caught the train, and stared out of the window wondering if it had really happened. Thank you, Fleur – and congratulations! You can take a look inside Murder in Midwinter below:

PHOTO DIARY OF A WEREWOLF TOUR (A Dundonian in London)