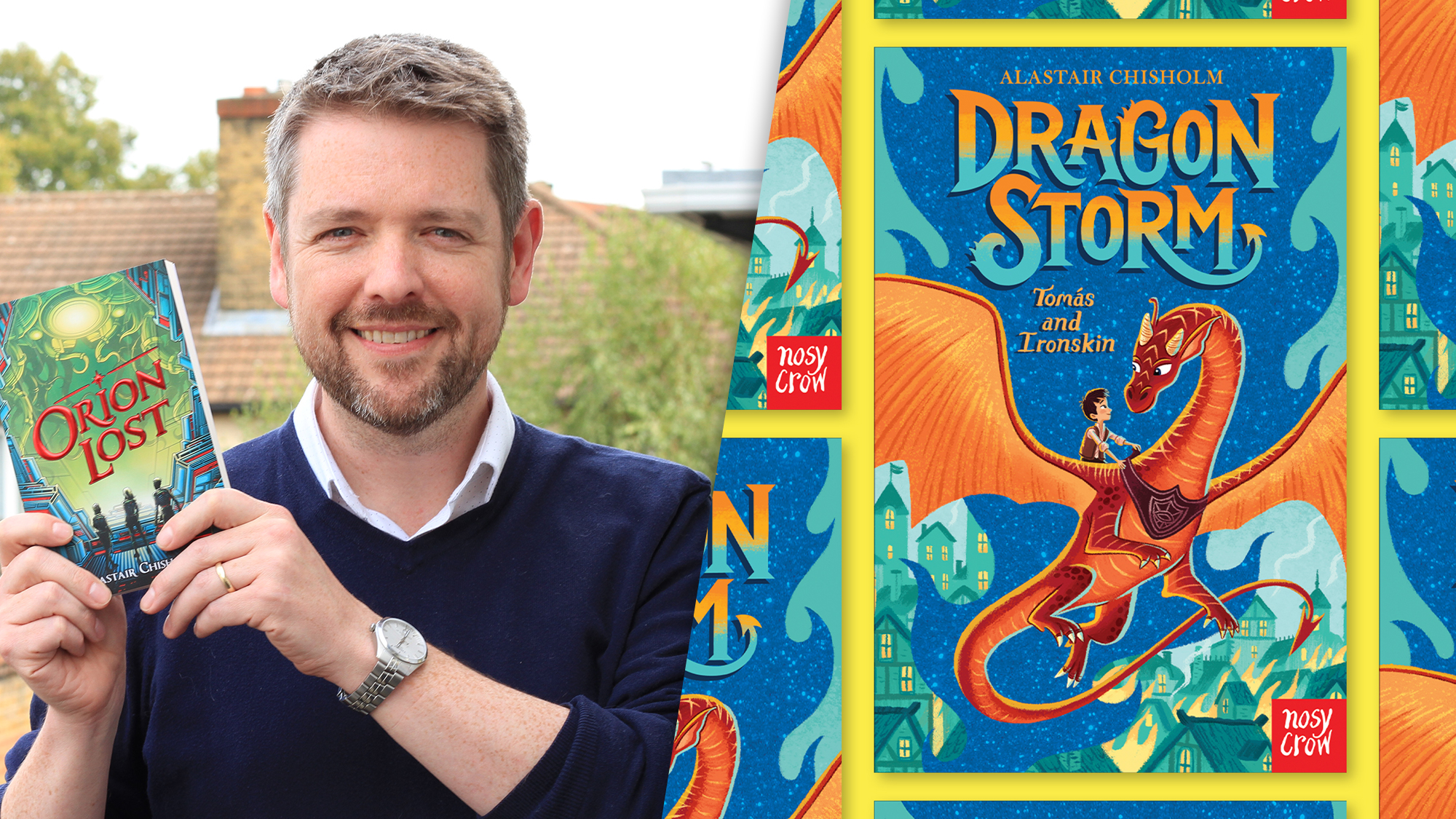 Nosy Crow is delighted to announce the acquisition and publication of two unputdownable middle-grade adventures from Waterstones Children’s Book Prize-shortlisted author, Alastair Chisholm, as well as six titles in a new illustrated fiction series for 7+ readers.

The Consequence Girl, the first middle-grade title, will publish in September 2022, followed by the second in September 2023. Alastair’s illustrated fiction series, Dragon Storm, will launch with Tomás and Ironskin (book one) and Cara and Silverthief (book two) in January 2022, with three further books to publish in 2022 and a sixth in the series to come in January 2023. The Dragon Storm series will be illustrated by Eric Deschamps, with cover illustrations by Ben Mantle.

Dragon Storm is an exciting, imaginative new fantasy series for 7-9 year olds, brilliantly illustrated throughout by Eric Deschamps, and perfect for fans of How to Train Your Dragon and Dragon Mountain. The Consequence Girl is a thrilling, ambitious and unputdownable science fiction adventure for 9-12 year olds.

Author Alastair Chisholm comments: “I’m so excited to be working with Tom Bonnick, and everyone at Nosy Crow, on both the new sci-fi novels and the upcoming Dragon Storm series – I can’t wait to share these stories with everyone!”

Tom Bonnick, Senior Commissioning Editor at Nosy Crow, comments: “I’m so thrilled to be working with Alastair not just on more incredible middle-grade novels, but also on a brilliant new series for younger readers. With his first two books, Orion Lost and ADAM-2, Alastair has established himself as one of the most exciting new authors of middle-grade science fiction, and The Consequence Girl is an extraordinary achievement – it’s even more gripping, intelligent and fast-paced. And I’m delighted that Nosy Crow will also be publishing younger illustrated fiction by Alastair – Dragon Storm is a fantastic new series, with a hugely appealing fantasy premise and an amazing new world.”

Caroline Montgomery, Alastair’s agent, comments: “It’s always a joy working with Tom Bonnick and Nosy Crow, so I’m thrilled that our journey together continues with Alastair’s latest standalone novels and especially excited by the new Dragon Storm adventure series.  I cannot wait to see all these books in children’s hands.”

Alastair Chisholm is the author of two previous middle-grade novels published by Nosy Crow, Orion Lost (2020), shortlisted for the Waterstones Children’s Book Prize, and ADAM-2 (2021). He lives in Edinburgh with his family.

In the land of Draconis, there are no dragons. Once, there were. Once, humans and dragons were friends, and created the great city of Rivven together. But then came the Dragon Storm, and the dragons retreated from the world of humans. To the men and women of Draconis, they became legends and myth.

Tomás has always been told that now, dragons are extinct, and so he can’t believe it when a mysterious stranger invites him to join a secret society, the Dragonseer Guild – and tells him that not only do dragons still exist, but also that Tomás has a very special power … he can summon his very own dragon! But Tomás faces a difficult choice, and he and his dragon, Ironskin, must learn to trust each other – in time to save their home from a deadly threat.

Synopsis of The Consequence Girl

The world of Colony is in ruins. It has been this way for so long that no one knows what caused society to begin tearing itself apart – but the secret may lie with Cora, a girl living on the mountainside far away from others, kept by a woman who will not tell her about her past. Cora possesses an extraordinary gift: the power to see back in time, from an event back to its causes. Not far – a few hours, perhaps a day – but some. Even more incredibly, sometimes she can change events. She can’t simply make things happen, but she can give tiny nudges, and see how they would unfold, and then she can lock them into a new reality. But the present is looking for Cora and her guardian, and together they are forced on the run. Hunted by a corrupt government who want to use her powers, recruited by resistance forces who want the same, Cora has to decide who she is, what she can do … and how to fix the future.