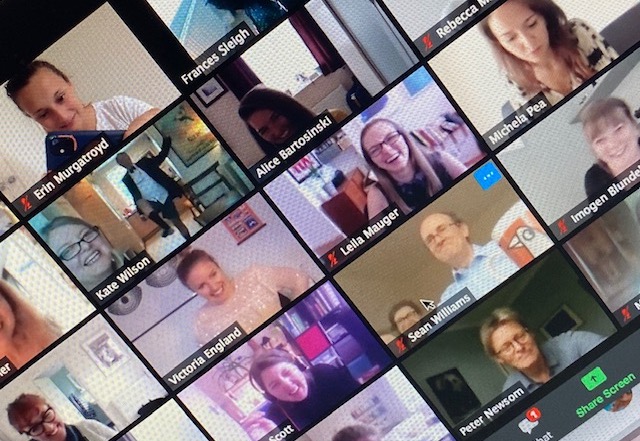 Last night, it was announced that Nosy Crow had won two British Book Awards. In the industry, they’re called the “Nibbies”.

We are so pleased and proud. It’s the most amazing fillip in tough times.

We won one award for achieving great sales in export in the category of publishers are under £10m per year. This is an award for selling our copies of our own edition of our books in English throughout the world (which is different from rights and co-edition selling, which is about selling books to other publishers to publish in their own languages). It is the most amazing tribute to Catherine Stokes, Maddie Price and export consultant Peter Newsom, who I met when I was, for a nanosecond, an adult publisher, and who is therefore one of those people who make you happy about your career mistakes, frankly. Nosy Crow has been selling to export markets ourselves (as opposed to selling through an agency) for just two years, and our growth has been phenomenal in that time. Catherine, in particular, has put in the most extraordinary amount of work, travelling extensively to make and build relationships around the world. As I said to Nigel Roby of The Bookseller, when I found out that we’d won the Export Award, “That woman hardly spent a night in her own bed all of last year – and not in a fun way.”

And we won Independent Publisher of the Year. This is open to all publishers that are “independent”. What makes a publisher “independent” is a bit blurry, but, for the Nibbies, it means publishers who have sales of less than £20,000,000.

We’ve been shortlisted for the Independent Publisher of the  award seven times in our nearly 10 years of publishing. Once we thought we’d won it, but we were only highly commended. In the meantime, we have won children’s publisher of the year in 2019 and in 2017, and we couldn’t be prouder of those wins.

But this year it felt particularly important to have won Independent Publisher of the Year. Every week, sometimes every day, in the current horrible pandemic, we are faced with making decisions about our own small business. Should we publish in May while the shops are shut, or should we rejig the publishing programme? Should we open the office for a couple of days a week for a limited number of people from July, or just stay closed? Should we buy buckets of the insanely expensive sanitising hand gel right now, or should we hope that the price will stabilise over the next few weeks – before we absolutely need it? Should we go to the Frankfurt Book Fair, or should we stay at home, Zooming internationally for all we’re worth? We don’t have an HR department. We don’t have a US parent company. We have to find out what we can, and simply make these decisions, and many more, on our own. Nor do we have a big stash of cash to fund us through this crisis. We’re a profitable company, but every year, we’ve ploughed our profit back into the company to fund our growth. We’re happy that, so far, our sales are pretty robust in the face of international lockdowns, but of course, though we look ahead with hope, we also look ahead with trepidation. To be independent is to be exposed. It’s tough. But to be independent also means that you can be fast and flexible and cohesive, and we are proud of what we have done so far in our years of publishing and during the Coronavirus crisis.

As an independent publisher, we feel, as I said in my acceptance speech, particular affinity with independent bookshops who are so important to the whole industry and to children’s books in particular. We are so grateful to them for the risks they’re taking and the roles they’re playing in their community. Tomorrow, Ruth Tinham starts work at Nosy Crow (well, in a bedroom at home) as Field Sales Manager. This marks the point at which Nosy Crow will be selling directly to independent bookshops ourselves (rather than selling through Bounce, who have been wonderful partners from the beginning) as we build our own little field sales force over the next months and years.

I’m so grateful to the authors and illustrators with whom we work, and to their agents, who believed in Nosy Crow at the beginning, and continue to believe in us. I am grateful to every independent bookshop, and every customer we have. I am grateful to all the wonderful publishers around the world who buy rights and co-editions from us, many of whom are independent publishers like ourselves. I am grateful to our brilliant, patient shareholders, to our strong and mutually supportive management team, and to every member of Nosy Crow’s staff. It was lovely to be able, for once, to celebrate all together as we did after the event on Zoom.